Ariya Daivari makes his way to the ring for our opening contest. He’ll be taking on Jake Atlas. Footage of their last matchup from several weeks ago plays, where Daivari picked up the win after an illegal eye-poke.

Daivari lands two quick jabs to open things. Atlas screams for Daivari to throw another one…he does but Atlas dodges it and unloads a flurry of strikes. Fight immediately spills to the outside. Atlas is enraged. He whips Daivari into the barricade, then sends him back into the ring. Daivari manages to take back control with a rabbit punch. He follows up with a rope-assisted neckbreaker. Stiff chops from Daivari and Atlas is rocked. Daivari punt kicks Atlas off the chest after catapulting him off the ropes. He whips Atlas to the mat and quickly applies a chinlock. Crowd rallies Atlas back into the match…back and forth striking…Daivari somehow gets behind Atlas and hits a low dropkick into Atlas’s face, then drops him with a reverse DDT for a nearfall. Daivari chokes Atlas in the ropes. More vicious chops from Daivari. He charges Atlas in the corner but Atlas gets his feet up to create separation…Daivari quickly shakes it off and nails a DDT. Cover…only two. Pace picks up…Atlas hits the turnbuckles hard and comes back with a forearm. Atlas starting to gain momentum…back drop and dropkick in succession. He sends Daivari flying with a release German suplex. Running pump kick from Atlas…he decides to go for a late cover which may cost him. Atlast nearly steals it with a school-by pin but Daivari sneaks a shoulder out. Daivari back in control…neckbreaker and Persian Lion-splash connect. Daivari sets up for the hammerlock lariat…Atlas has it scouted and breaks free…superkick and another pump kick sends Daivari to the outside. Atlas with some misdirection…suicide dive! He throws Daivari in…Tony Nese comes out of nowhere and nails Atlas causing the DQ.

Commentary says that Nese is still upset with the win Atlas got over him. Daivari continues the assault on Atlas with the hammerlock lariat. He stands over Atlas and talks some trash.

Footage of the relationship between Brian Kendrick and Ashante Adonis is played. Kendrick picked up a number of victories over Adonis over the last two months, but continues to serve as a tutor to the young rookie, even calling him a star in the making.

Commercial for the WWE draft. A vignette for the Singh Brothers plays teasing their return to 205 Live, although no date was given. Recap of the NXT cruiserweight championship match between Swerve and Santos Escobar is played. After a wild back-and-forth, which saw interference from Legaldo Del Fantasma, Escobar picked up the win to retain.

Tie-up. Adonis brings the heat early by pushing Kendrick into the corner, then landing a flush dropkick to drop the former cruiserweight champion on his back. Adonis lariats himself and Kendrick to the outside before letting out a big “WOOOOOOO.” Kendrick takes advantage of Adonis getting caught in the apron and sends Adonis hard into the barricade. He picks him up…Ruissan Leg sweep into the barricade. Adonis barely makes it back into the ring before the referee’s 10 count. Adonis blocks a kick and rocks Kendrick with another lariat for a nearfall. Kendrick goes for the Bully Choke but Adonis has it scouted. However, Kendrick keeps Adonis down with a spinning-leg kick. Butterfly suplex from Kendrick with a pin…Adonis gets a shoulder up. Adonis fires up…multiple right hands…he dodges a charge by Kendrick and connects with a crossbody. Adonis rings the arm, then hits a DDT. Kendrick lands a few jabs but Adonis answers with a flush spinebuster. Adonis screams that he will defeat Kendrick…he tries a powerbomb…Kendrick escapes and hits four running boots. Bully Choke is in…Adonis is struggling to break free…he turns the pressure over for a pinfall…Kendrick kicks out…superkick from Adonis. He goes to the corner…he kills him with a superkick. It’s over.

Commentary calls this victory over Kendrick the biggest of Adonis’ career. After the match Kendrick offers a hand out of respect…Adonis takes it and the limited crowd in attendance applaud both men. Kendrick leaves so Adonis can celebrate his big win.

Backstage News On The Status Of WWE 205 Live 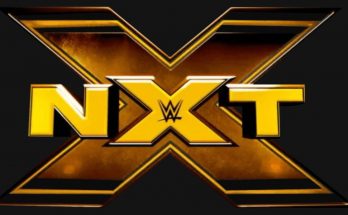 NXT Going Live Each Week, More On NXT And 205 Live Moving To The WWE Performance Center