A new video released by WFLA shows John Cena and his now-wife, Shay Shariatzadeh, posing with their marriage license outside the Hillsborough County Courthouse. The couple got married this past Monday, October 12th, in Tampa, Florida.

As seen in a video taken last Friday, Cena and Shay step outside the courthouse and pose for a selfie with what was their marriage application. They tied the knot three days later in a private ceremony.

Neither Cena nor Shay has taken to social media to post any images or videos of the actual wedding ceremony.

Cena and Shay started dating in February of 2019 after they met at a restaurant in Vancouver. Since then, the couple kept their relationship mostly private, waiting seven almost months into dating before attending a red carpet premiere together.

They reportedly got engaged earlier this year in February, when Shay was spotted wearing an engagement ring.

Check out the video below: 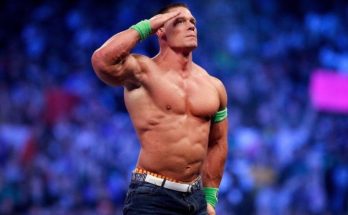 John Cena Says His WWE Career Is Not Over