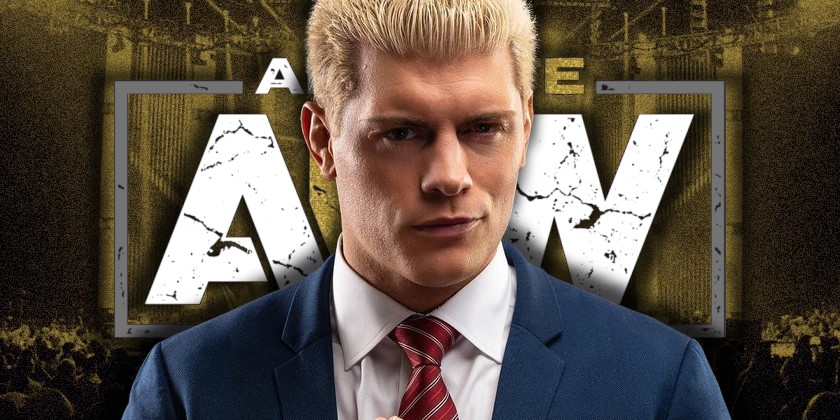 The end of tonight’s AEW Dynamite saw an appearance by Cody as he debuted a new show he’ll be appearing on in the near future.

The former champion noted that he’s currently injured, but isn’t going to be at home, and revealed the debut of the Go-Big Show, a competition talent show that will involve feats of strength with the winner receiving $100,000. The judges are Cody, Rosario Dawson, Jennifer Nettles, and Snoop Dogg.

The Go-Big Show is coming soon to TBS and is hosted by Bert Kreischer.

This was Cody’s first appearance since the August 22 episode of Dynamite where the current AEW TNT Champion Brodie Lee destroyed Cody and took his title. Cody had to be stretchered to the back, but before that Lee ended up bashing him over the head with a bag that was filled with pieces of the original, incomplete TNT Title.