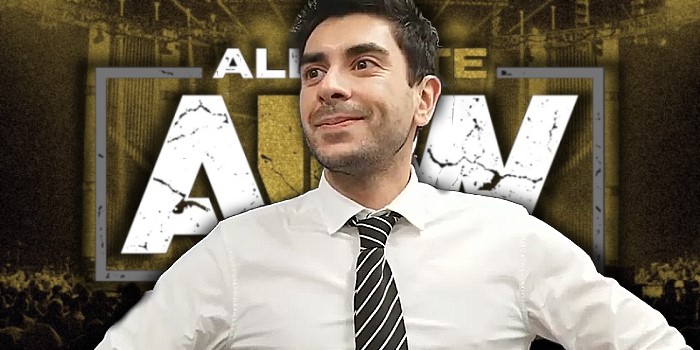 AEW President Tony Khan returned to the AEW Unrestricted podcast to talk about AEW All Out as well as the return to fans to AEW events.

AEW have continued to sell tickets to a limited number of fans. Fans are allowed into Daily’s Place at 10% capacity, but Khan said that All Out and future AEW shows could see more fans coming in.

“We’ve been slowly taking steps towards it for a while now. We’ve been encouraging fans to watch on television while we’ve been trying to get ready for a return in a very first step kind of a way,” Khan said. “What we’ve done is not anything close to the old experience in arenas, but it’s also a great experience for the small number of fans who are able to come, and it’s completely safe. What we’re doing is in an outdoor space. We’re operating at 10% capacity for our first event, and we’re aiming to get up to 15% capacity going forward.

“And in an outdoor space, operating at that kind of capacity, we’re looking at crowds of about, in amphitheater setup of over 5,000, we’re looking at maybe 700-800 max. Our first show, we did 500 people, and it was really nice. It was a great atmosphere, and it was the biggest crowd anybody’s seen for a live wrestling show in a long time. And I think for All Out, we’re expecting slightly more, and I think we’re going to hit on 12-13% capacity with paid fans which is really a step in the right direction. Frankly, compared to what we were at, 700 fans could feel like 7,000.”

Khan compared the return to fans at live events to the drive-in theater. Movie theaters have had to adjust to the COVID-19 pandemic, and Khan talked about the adjustments that business have had to make.

“Nobody’s ever been through anything like this pandemic, and it’s been hard for a lot of people,” Khan stated. “And obviously, there’s nothing that can compare to the tragedy that this pandemic has leveled onto people, but for people to go back to kind of some sense of normalcy, I’ve compared this to like the drive-in movie theater. When the cinemas closed and the indoor-theater experience wasn’t there to watch movies anymore like the way we watched them for years, it became like a safe way to go see the movies with your family or friends again in a small social group. These circumstances, when people were social distancing, we saw the drive-in movie theater make a comeback, and now more and more, it’s becoming a viable business.”

Khan noted that in 2019, AEW was the number one selling live event wrestling company in terms of average attendance. That has obviously gone down due to the pandemic, and Khan acknowledges that this year’s All Out selling out is much different than last year’s Double or Nothing selling out.

“Sure, it’s not nearly the size and scope of the original business, and it was great when again, with Revolution and Dynamite immediately after, we’re doing crowds of thousands of people. We operated a lot of sellouts, and in 2019, we were the number one live event wrestling company per event in the business,” Khan pointed out. “Now, frankly, WWE ran a lot more shows than we did, but nobody, including WWE, averaged more fans per show than AEW in 2019 across the shows we ran starting with Double or Nothing through the summer with Fyter Fest and Fight For The Fallen to All Out. And then all of our Dynamite shows going forward when we started running every week and we ran every week through Christmas, and we led the world in attendance in wrestling last year.

“And now this year, that’s not something that really at the same scope, it’s not the same kind of business model, but we can still safely put fans in and have a great experience. It’s a totally different experience, and for us to sell out All Out in like a minute, it’s not really the same thing vs. when you’ve been selling out the MGM Grand in less than a half hour doing over 10,000 people compared to selling 700 tickets maybe in a minute or two. That’s still pretty cool, but I’m proudest not of the number but I’m proud of the way we did it right because we really cracked down to make sure that this is totally safe.”