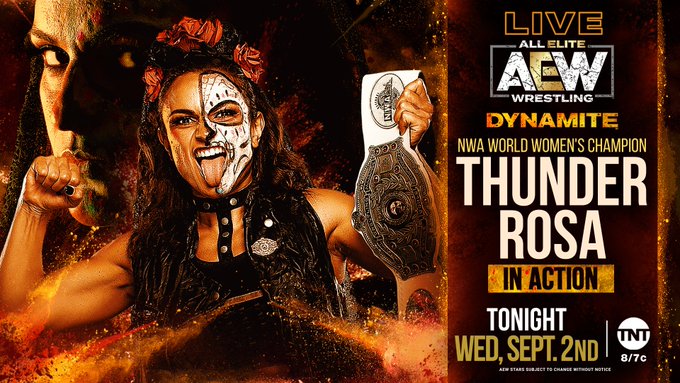 Rosa will challenge AEW Women’s Champion Hikaru Shida for her title at AEW All Out on Saturday, September 5. Rosa won the NWA World Women’s Championship at NWA Hard Times.

In addition to Rosa’s match, the updated match card for this week’s episode of AEW Dynamite is as follows:

The men’s chart stayed the same this week. Abadon took the #3 spot from Penelope Ford on the women’s chart this week. The only change to the tag team rankings this week was Jurassic Express taking the #5 spot from The Dark Order.

Wardlow Says MJF Is Wholeheartedly A Piece Of S**t’