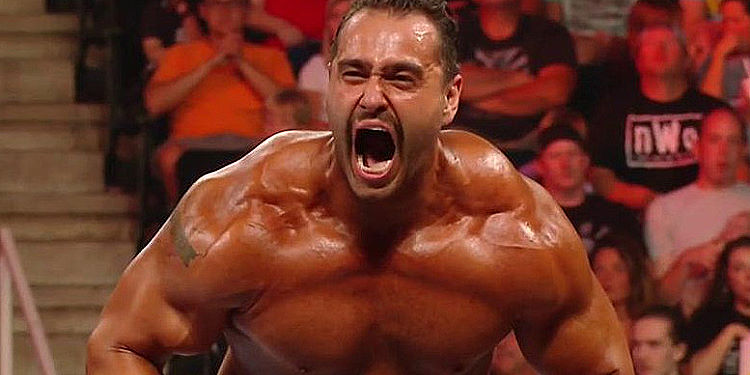 Rusev continues to express his displeasure over WWE’s social media policy after his former employer did not tag him in a Twitter post earlier this week.

As noted, Rusev and Matt Hardy called out WWE for not tagging them in several posts which had links to matches involving them.

During his latest Twitch stream on Sunday, Rusev addressed his earlier tweet in which he asked WWE’s official Twitter handle to tag him to a post which had a link to his 2016 Clash of Champions bout against Roman Reigns.

“Not tagging me is really low class and an unprofessional thing to do. It [WWE’s social media policy] is so stupid because I don’t work for them anymore, but I still get checks every quarter for the Rusev merch they continue to sell. You know, I ain’t freaking dead either, so why wouldn’t you just tag me?”

Rusev felt it made no sense for WWE to black him out on social media since he is “jobless” and not working for any other wrestling promotion.

“It is not so hard to just use the tag, so why wouldn’t you do that? Honestly, I am just trying to understand this [policy]. I can understand if I worked for somebody else like TNA [Impact Wrestling] but I don’t. In that case, I can understand if they [WWE] don’t want to promote me. But, I am here jobless!”

“WWE social media folks aren’t allowed to mention talent like @ToBeMiro, because they now only exist in the entire professional wrestling universe, as opposed to solely @WWE. It’s just their policy. I love how @AEWrestling acknowledges all of pro wrestling, competition or not,” Matt had tweeted in response to a fan who noted how WWE did not tag The Broken One in a recent tweet.