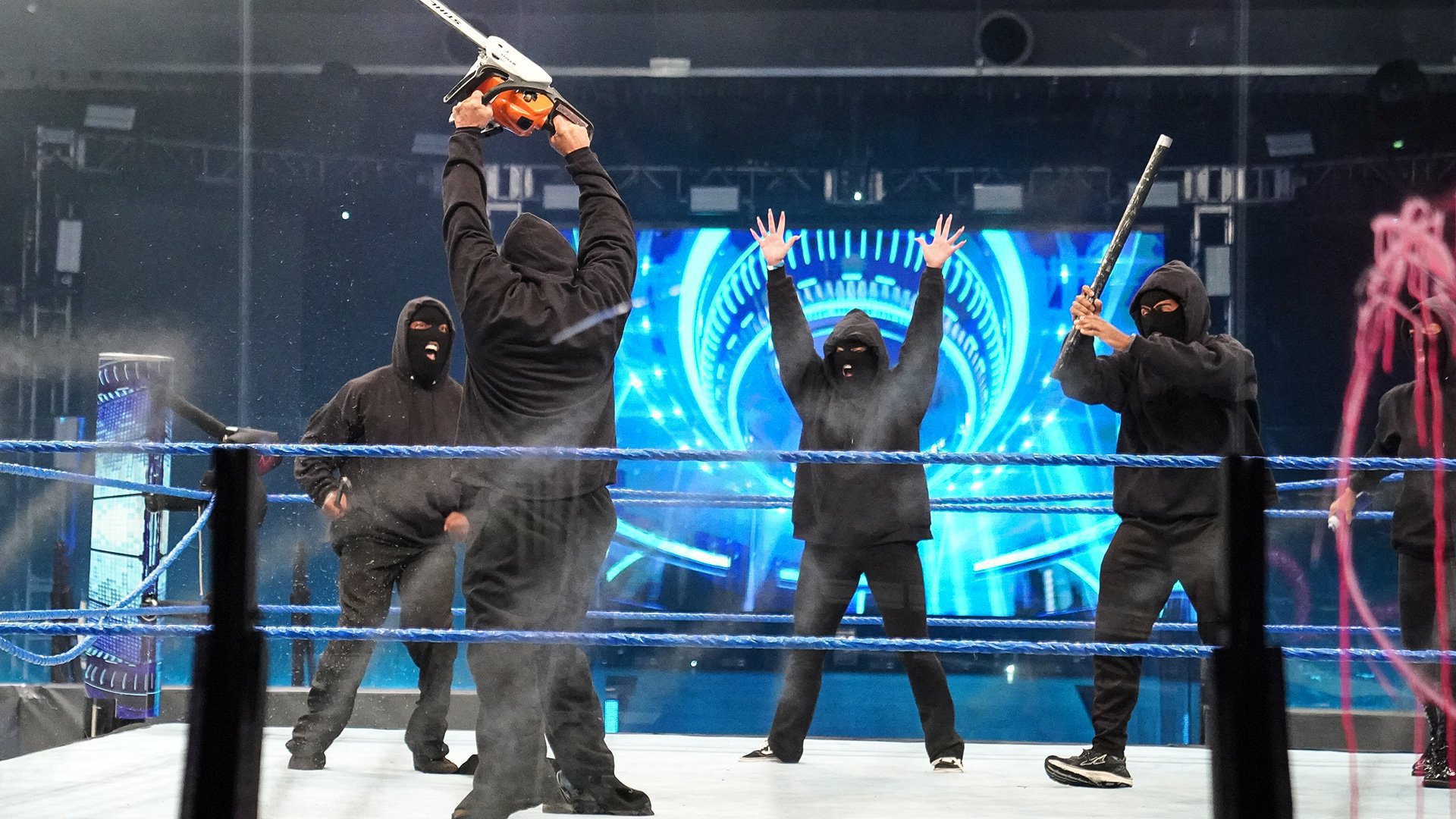 The masked mystery group known as RETRIBUTION spoke for the first time during tonight’s WWE RAW episode. Video from the segment can be seen below.

The appearance came during a 2-on-1 Handicap Match between #1 contenders The Riott Squad and WWE Women’s Tag Team Champion Nia Jax. Towards the finish of the match the lights started going out and the LED rows of virtual fans in the ThunderDome crowd disappeared. A white RETRIBUTION logo, which appeared to look like white spray paint, appeared on the LED boards before the mystery men and women started to speak.

The first RETRIBUTION member, with a distorted voice, spoke with a grievance against the WWE system.

“This ThunderDome is only a facade. Behind this mountain of screens is the same foundation, the same WWE as before. The same behemoth that discarded and disowned us, leaving us to survive in an unfair world where the powerful continue to grow, while we are left to feed off nothing but the scraps of contempt,” they said.

The second person then spoke and he was also using a disguised voice. He warned WWE Superstars and the WWE Universe.

“But contempt is a powerful motivator. We are driven to destroy, to lay waste to every Superstar and every fan. Blinded, you cannot see what you do not have. So the locust of contempt will feed upon all of you. The darkness of RETRIBUTION will seep into the pores of every Superstar, and all of your so-called Universe. We are RETRIBUTION,” he said.

Stay tuned for updates on the RETRIBUTION storyline. It was recently reported that the group will be exclusive to the RAW brand moving forward. You can see their logo below: