WWE filed to trademark 5 names on Monday, September 21, which is the night the big Retribution reveal aired on RAW.

The trademark filings were for T-BAR, Slapjack, Mace, Retaliation, and Reckoning.

It looks like Retribution members Mia Yim and Mercedes Martinez will be called Retaliation and Reckoning.

We now know that Dominik Dijakovic is using T-BAR, Dio Maddin is using Mace, and Shane Thorne is using Slapjack. There’s been no word on what the names Yim and Martinez will use in the group, until now.

WWE has not confirmed that Retaliation and Reckoning will be the new names for Yim and Martinez. We noted earlier in the week that WWE had plans for the female members to get names on RAW, but the plan was scrapped for a later date. “Shatter” was reportedly one of the names discussed for Yim or Martinez.

The following use descriptions were filed with the USPTO (United States Patent & Trademark Office):

Stay tuned for more on Retribution. 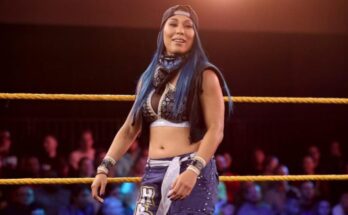