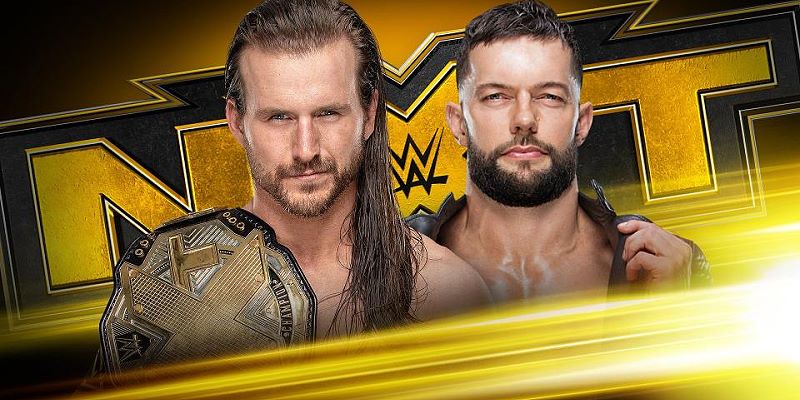 As noted, the vacant NXT Title will be decided next week during Super Tuesday Part 2 after last night’s 60-Minute Iron Man ended with Finn Balor and Adam Cole at a 2-2 tie.

WWE has confirmed that next Tuesday’s Sudden Death Battle will open the broadcast. Balor and Cole will face off in a one-fall match to crown the new NXT Champion.

Cole took to Twitter after last night’s match and said he’s confident that he will take home the gold once again next Tuesday.

“I’m tired. I’m sore. I’m confident that next week is my night. And it won’t take me 60 mins. Cya soon ‘prince’ #AdamColeBayBay #TwoTimeChamp,” he wrote.

With Balor vs. Cole opening the show, it’s possible that the Steel Cage Match between Rhea Ripley and Mercedes Martinez will main event.

WWE has not announced any other matches for NXT Super Tuesday Part 2 but we noted before that Bronson Reed vs. Austin Theory is likely. It’s also speculated that NXT Cruiserweight Champion Santos Escobar will defend against Isaiah “Swerve” Scott as last night’s Street Fight saw Swerve and NXT Tag Team Champions Breezango defeat Legado del Fantasma after Swerve pinned Escobar, clean in the middle of the ring.

Stay tuned for updates on next week’s show. Below is WWE’s full announcement on Balor vs. Cole, along with Cole’s full tweet:

Bálor had seemingly all but clinched his second NXT Championship, striking at the perfect time with a Coup de Grace on Tommaso Ciampa and pinning The Blackheart with less than 20 seconds left to take a 2-1-1-1 lead over the other three competitors.

Cole then burst back into the ring, blindsiding The Prince with the Last Shot and pinning him just before time expired to finish in a 2-2 tie.

Following the dead heat conclusion, both men staked their claim to the NXT Title in a tumultuous scene that prompted William Regal’s arrival.

The NXT General Manager ruled immediately that Bálor and Cole — owners of the two longest NXT Title reigns in history — will face off in a one-fall bout next week to definitively crown an NXT Champion.

I’m tired. I’m sore. I’m confident that next week is my night. And it won’t take me 60 mins. Cya soon “prince”#AdamColeBayBay #TwoTimeChamp