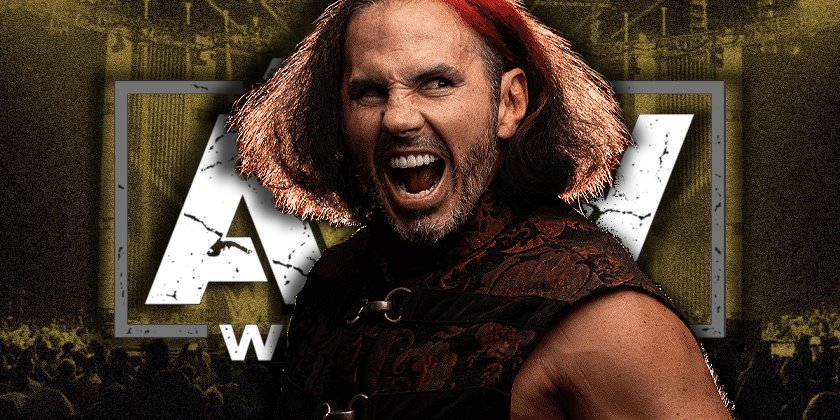 Matt Hardy and Sammy Guevara met at tonight’s AEW All Out in a Broken Rules match, with Hardy having to win or else he’d be forced to leave All Elite Wrestling.

After a scary pause in action due to a fall from Hardy, the superstar was able to surprisingly come back, taking down Guevara in the process for the win.

Early in the match, Matt Hardy took a nasty fall through a table, taking a hard bump in the process. It looked like they overshot it and the announcers said Hardy hit his head on the concrete.

Guevara took his time taking off his jacket before demanding Hardy be counted down. Hardy got up and was grabbed by Guevara. Hardy was wobbling and didn’t seem to have his legs under him. He nailed a DDT of sorts. Edwards called for a referee and Doc Sampson ran over and demanded te match be stopped. Hardy finally got up and demanded Guevara continue his deletion. They rang the bell. Hardy continued to stalk Guevara, who they showed being escorted away by other officials.

The announcers spent some time talking. Hardy found Guevara and attacked him as they brawled towards the ring. Justin Roberts said there must be a winner, so the match was restarted. They battled onto the entrance stage, exchanging blows. Guevara started climbing scaffolding. Hardy followed. Hardy knocked him off and Guevara crashed through the stage. Guevara was counted out.

It is believed they called an audible to continue and go right for their originally planned finish. Later in the broadcast, Tony Schiavone announced that Matt is expected to be okay. He explained that Dr. Sampson cleared him to continue the match. They were in an awkward spot because Matt had to win. If not then he would have had to leave AEW, per the stipulations laid out.

Matt Hardy’s wife, Reby Hardy, posted the following on Twitter: “Let me be absolutely f–king clear,” Reby said on Twitter. “There is NOTHING entertaining about a concussion. Shame on everyone in that god damn building.”

Let me be absolutely fucking clear.
There is NOTHING entertaining about a concussion. Shame on everyone in that goddamn building. pic.twitter.com/ujdOU9Z60I

Update On AEW Investigation, One Party Being Uncooperative