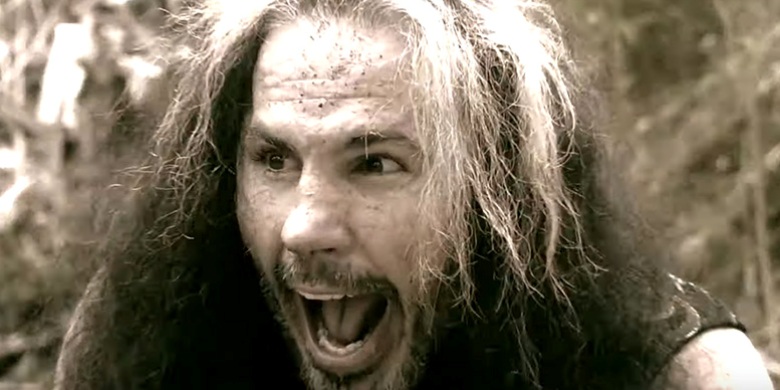 Matt Hardy spoke with Chris Van Vliet and said that WWE had essentially given up on him as an on-screen performer.

Hardy has revealed that Vince McMahon wanted to move him to the role of a backstage producer during his previous run with the WWE. Hardy was admittedly against the decision and decided to part ways with the company.

“Vince was ready to move me from a talent to working backstage [as a producer]. He wanted me to be a producer, give back to the business, and teach the younger guys. Of course, I would be very happy to do that, but just not now. Maybe, a little later on.

“These are the last few years that I can do this [performing in the ring] physically, so I want to do it at the highest level I possibly can,” said Hardy.

Matt Hardy was written off WWE television during the February 17th edition of Monday Night Raw courtesy a vicious assault at the hands of Randy Orton. He arrived on AEW Dynamite exactly a month later.

“Even though they [WWE] offered to do other things, after I asked to stay on as a wrestler, I know in my head that they had already made up their mind on how they view me now. I needed to go somewhere else, and AEW was the best case scenario,” added Hardy.

The Broken One went onto praise AEW for giving him creative freedom as a performer.

“Here [at AEW], it is so refreshing, and you get so much creative liberty. You actually have input, and have a hand in the direction [that] your career goes in. Plus, these are my last few years as a performer so I couldn’t be happier.”

When asked to explain his “Time to Go Home” video posted on his YouTube channel, which hinted at his retirement from pro wrestling, Hardy said he was forced to take time off due to the hiatus taken by Bray Wyatt, who was briefly his tag team partner in WWE.

“Bray was being taken off TV, and given time off, for whatever reason. Since we were a tag team, I was going to take time off as well. I never used the word retired, allowing people to read into it. Also, I had some legit nagging injuries to deal with.”

Hardy also recounted the conversation he had with brother Jeff Hardy about the Brother Nero character in Impact Wrestling.

“I asked Jeff to get onboard with the Brother Nero idea, because I was literally trying to get him to slow down and conserve his body a little.

“He’s so passionate, fans want to see him do a whisper in the wind or a swanton bomb, and he’s so committed to the audience. I told him, ‘You’re Jeff Hardy, you don’t have to beat up your body every single match.’ You’ve earned this after all the years of taking bumps.”