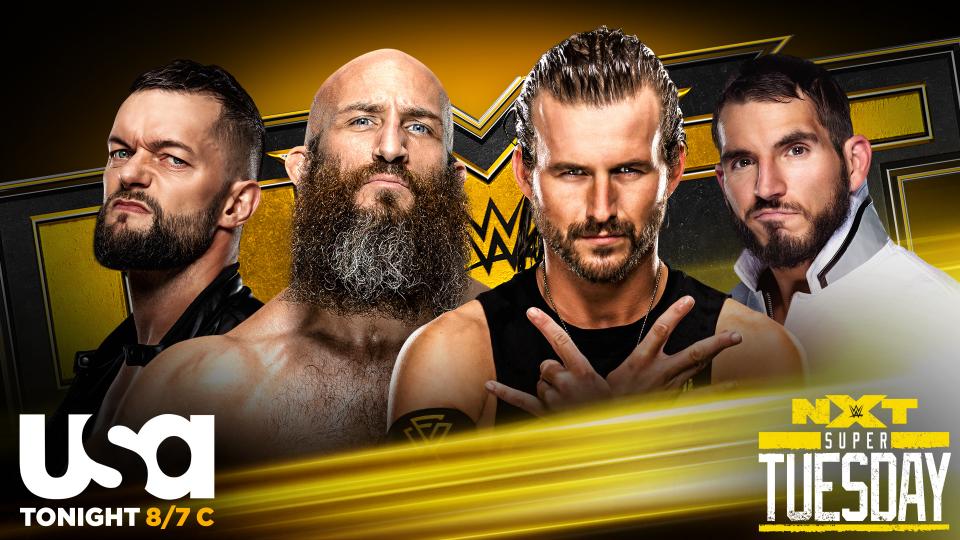 Tonight’s episode of NXT, dubbed as “NXT Super Tuesday,” is a loaded episode that will feature a 60-minute Iron Man Match to crown a new NXT Champion.

The main event will feature four of the biggest stars of the brand – Johnny Gargano, Finn Balor, Adam Cole and Tommaso Ciampa but you might be disappointed to find out that a new champion will not be crowned on tonight’s show (taped last week).

According to Mike Johnson on PWInsider Elite audio, the match will end with a tie between two of the wrestlers. Next week’s episode, which will also air on Tuesday, will feature those two wrestlers in a match to determine who will be the new NXT Champion.

In addition to the IronMan match, WWE is also advertising the following matches for tonight’s show:

Stay tuned for updates on tonight’s show and be sure to join us for live coverage at 8pm ET. We will also provide the live streaming video of the event.