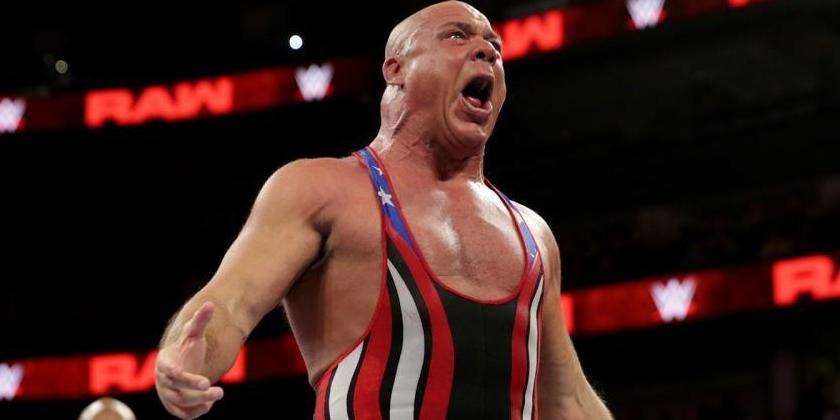 Kurt Angle has given his take about the possibility of Brock Lesnar making a UFC return or even jumping ship to AEW now that he’s no longer under contract with WWE.

It was reported last week that talk of Lesnar going to AEW is all due to him having more leverage while talking with WWE about a new deal, which expired after WrestleMania 36.

His previous deal had a clause where the company could sell the remaining inventory of his merchandise, which is how it was revealed that his deal had expired months ago when the merch was recently pulled from WWE Shop.

Angle started off by talking about how he doesn’t know what transpired between the two sides but thinks there’s more to the story. He also doesn’t think it’s a situation where Lesnar doesn’t know where he wants to go.

“The company, obviously, they’re not going to let him go. Brock’s pretty level headed. He doesn’t get in any trouble. So there’s no reason to fire the kid. He’s a tremendous athlete, a tremendous employee. So I think Brock just got tired of doing it.

While there’s been speculation of Lesnar going back to the UFC, there’s been no talk between the two sides about that. Plus, even if he did return, he’d have to wait at least six months before he could fight due to him having to join the USADA drug testing pool.

Angle stated that Lesnar has told him the names he wants to fight, but he thinks Lesnar would only come back for a fight against someone he wants. He noted that Lesnar just wants a fight with Jon Jones, a former UFC Light Heavyweight Champion who has recently decided to jump up to the heavyweight division.

It should be noted that WWE already has an opponent in mind for Lesnar at WrestleMania 37.