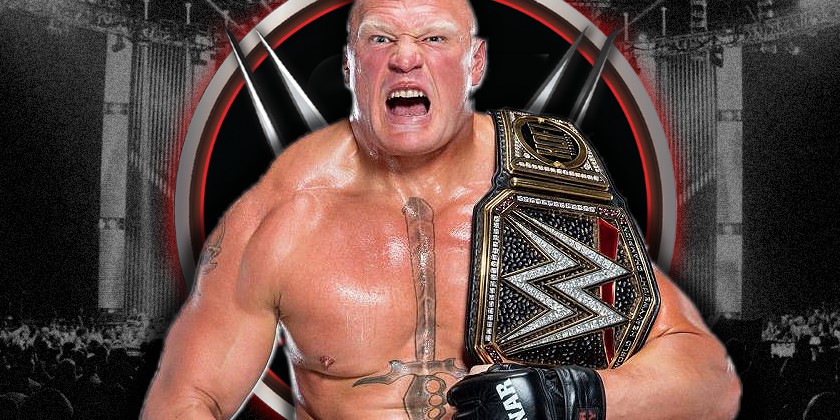 UFC President Dana White recently spoke with TMZ Sports and said he’s down to book Brock Lesnar vs. Jon Jones in the Octagon.

As we’ve noted, it was revealed this week that Lesnar has been a free agent since WrestleMania 36. He and WWE were negotiating a new contract, but the talks recently stalled. However, it’s believed that eventually a new deal will be reached and Lesnar will return to work for WWE. While Lesnar is a free agent right now, he’s able to entertain offers from anyone else, such as UFC or AEW. TMZ points to how there are rumors of Lesnar being interested in one last UFC fight before retiring for good, and how that final opponent could be Jones.

Jones previously started calling Lesnar out in 2017, but he resumed the trash talking this week on Twitter after it was revealed that Lesnar was a free agent from WWE.

White told TMZ that he’s heard the rumors and if Lesnar is “seriously interested” in fighting Jones, he’s more than happy to put it together. Jones recently vacated the UFC Light Heavyweight Title in order to move up to the heavyweight division, but the fight with Lesnar would bring big money for the company.

The 43 year old Lesnar has not fought since 2016, where he faced Mark Hunt at UFC 200. Lesnar won the fight but the win was overturned due to a positive pre-fight drug test. He teased a potential UFC return against then-Heavyweight Champion Daniel Cormier in 2018, but ended up returning to WWE. It was reported this week that Lesnar still owes a hefty fine over that 2016 drug test, and would have to pay that before he can get back into USADA’s drug testing pool, and then be tested a minimum of six months before he can fight.

Brock Lesnar, who has not appeared on WWE TV since losing the WWE Title to Drew McIntyre at WrestleMania 36 in April, is still a member of the official RAW roster as of this writing. WWE sources do not see his free agent status as a big deal, as this happens just about every year, and expect him to return.

You can click here to read comments from another former UFC Champion who called Lesnar a “fraud” this week.