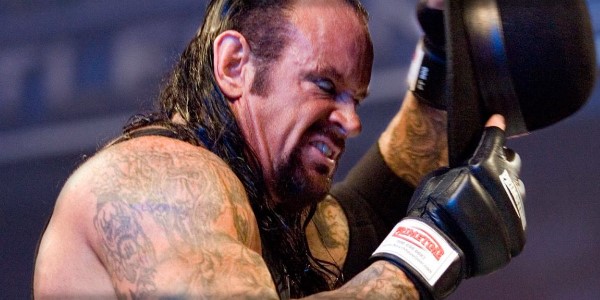 As you well know, The Undertaker made his WWF on-screen debut at 1990 Survivor Series.

On a recent episode of the Something to Wrestle Podcast, Bruce Prichard revealed that Mark Calaway was originally scheduled to meet with Vince McMahon in July 1990, 3 months earlier.

The 1990 SummerSlam saw several high-profile matches such as Randy Savage versus Dusty Rhodes, Hulk Hogan versus Earthquake, and The Ultimate Warrior versus Rick Rude in a steel cage match for the WWE World Heavyweight Championship.

“We had a meeting scheduled for some point in July, around the Great American Bash when Undertaker faced Lex Luger [for the NWA United States Championship]. Undertaker had a dislocated hip but worked through the match somehow.

“The very next day, Vince was supposed to meet Undertaker but the meeting never took place,” Prichard recalls.

According to Prichard, McMahon “did not see anything special” in The Undertaker and was hesitant to bring Calaway over from WCW.

“The meeting never happened because Vince looked at Undertaker and thought, ‘He’s just another tall basketball player with red hair.’ Vince did not see anything special in him.”

Prichard admittedly “begged” Vince to meet with Calaway when WWF visited Meadowlands in New Jersey for a house show.

“When [WWF] was doing a show in Meadowlands, I offered to bring Undertaker over there for a meeting with Vince. I told Vince, ‘Look, I’ll get this guy over. Please just meet with him.’ I did not know Mark either, but I was a big fan of his work. Also, in my head, I had an idea as to what I wanted to do with him. I was thinking, ‘this is the talent that can pull off that idea.'”