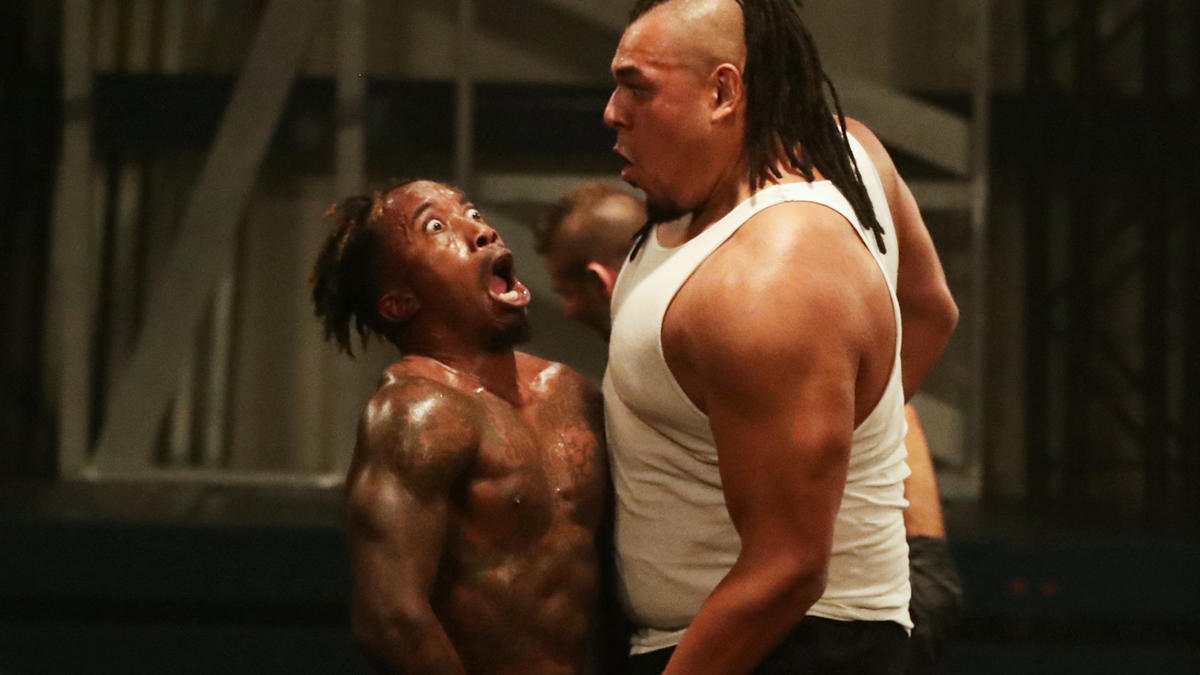 WWE reportedly changed Babatunde Aiyegbusi’s ring name to Dabba-Kato so they could own his name if he became a star and ended up leaving the company in the future.

It was noted by Dave Meltzer on Wrestling Observer Radio that the ring name was changed from Babatunde to Dabba-Kato when the former pro football player came to TV for RAW Underground earlier this year because he would own his real first name and be able to use it if he ever left WWE and went to another promotion.

The 6-foot-9-inch Dabba-Kato signed to WWE in April 2016 and made his WWE NXT in-ring debut in September of that year. He worked a few NXT live event matches over the next few years and once was used in a bodyguard role for Lio Rush before Rush came to WWE 205 Live in 2018. They dropped his last name and used just “Babatunde” around the time he made his WWE TV debut at Greatest Royal Rumble on April 27, 2018. That event in Saudi Arabia saw Babatunde enter the Greatest Royal Rumble Match at #37. He was the 31st elimination, tossed out by Braun Strowman after almost 6 minutes in the match.

It’s interesting that Strowman eliminated Babatunde in the Greatest Royal Rumble Match as Strowman vs. Dabba-Kato in a RAW Underground fight has been announced for next Monday night. They began their feud on last night’s show, as we noted before at this link.

“Alexander” was reportedly dropped from Rusev’s name in May 2014 because Vince noted during a creative meeting that if they went with “Alexander Rusev” for the full ring name, then people would start calling him “Alex” and Vince believes that is not a strong name for a heel.