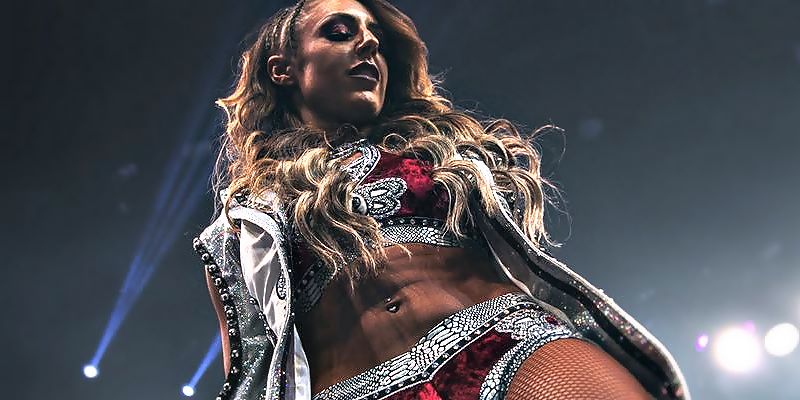 The AEW All Out PPV got going with a Tooth and Nail Match between Britt Baker and Big Swole.

The cinematic match took place at Baker’s dentist office where the two battle around the building with Reba getting involved numerous times throughout.

Big Swole eventually put a gas mask on Baker, knocking her out, and forcing the referee to call the match.

According to the latest Wrestling Observer Radio, the reason AEW went with this style of match instead of a regular singles bout was because Baker wasn’t fully healed up yet.

Back in May, Baker sustained a partial LCL tear, an interior tibia fracture, and a small tendon tear during a match on Dynamite. The storyline from then on was Baker would make her big return at last night’s PPV while building her feud with Swole.

The thought was she’d be ready by the PPV, but since that wasn’t the case, this match helped hide that she wasn’t one-hundred percent yet. The match was initially going to be on The Buy In, but was moved to the main card the day before the PPV.