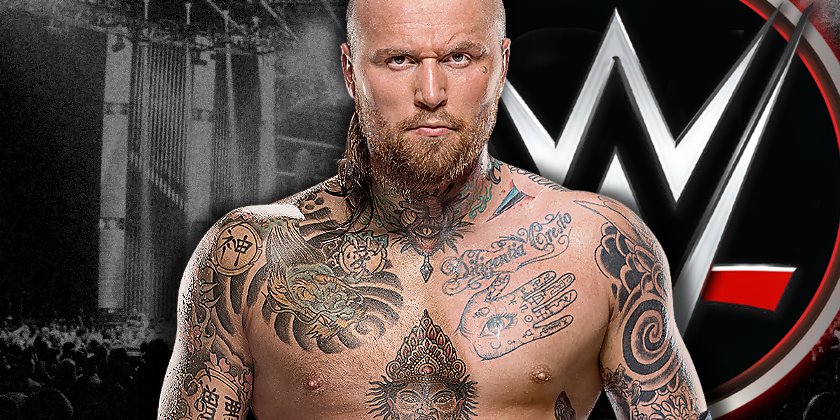 Aleister Black has accused Kevin Owens of being a member of Retribution, the new vigilante stable of masked wrestlers that has been invading WWE television for over a month.

During their match on this week’s edition of Raw, Black had Owens nearly beat after applying a modified leg bar submission hold. Just when Black lined up to hit a hobbled Owens with his patented finishing move, The Black Mass, the lights began to flicker in the arena. When the lights returned, Owens took advantage of the distraction to hit Black with a stunner to score the pin fall victory.

On Raw Talk, Black said he would have ended his rivalry with Owens if not for Retribution.

“If those lights didn’t flicker, if Retribution didn’t get involved, I would have finished him and our rivalry for good. Now, I feel I need to get answers from Kevin because maybe he just revealed something about himself. Maybe he’s part of Retribution.”

When reminded by Charly Caruso and R-Truth, the hosts of Raw Talk, that Retribution interrupted several other matches on Raw, Black said it was no coincidence that the lights flickered when he was close to a win.

“Retribution has been causing chaos for weeks, and they just happen to show up when I nearly had Owens pinned? It is too much of a coincidence. I have to get answers. And I assure you, I’m going to get proof that Owens is a member of Retribution.”

Black said he is taking the onus upon himself to prove that Owens is a part of the stable.

“I’ll find out the truth sooner or later, and I’m going to find out and get that proof. If I has to be the bad guy because of it, I’ll take that gladly.”

Black also explained why he turned heel a few weeks back on Raw, by unexpectedly attacking Owens during The KO Show.

“Kevin is a fraud, who hides behind his family as an excuse for everything. He did not show up on an episode of Raw, due to which my eye was damaged by Seth [Rollins] and Murphy. And the WWE Universe forgives him and makes me out to be the bad guy for attacking him? If I jump into the fire for another man, I expect him to do the same for me,” said Black.

Owens and Black also battled on Raw Underground during last week’s episode of Raw. It is likely that they will face off again at the upcoming WWE Clash of Champions pay-per-view event.