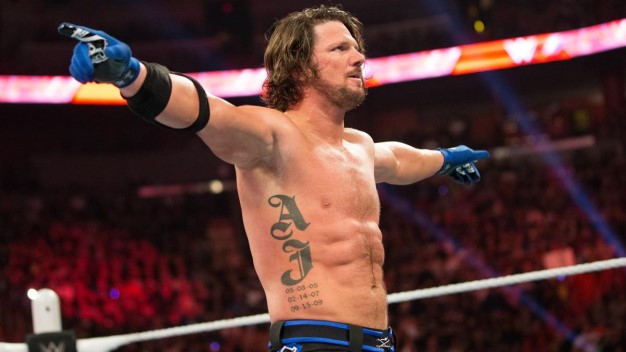 On his Twitch stream, AJ Styles was asked about Miro, fka Rusev, appearing on this week’s AEW Dynamite, and the possibility of more WWE wrestlers switching over to AEW in the foreseeable future.

AJ Styles noted how talents must go where the business takes them, and there’s no right or wrong decision when it comes to choosing a career path.

“Listen, this is a business we’re all in. As a wrestler, you have to go where the business takes you. If you’re able to help them [your new organization] out, and they want to do business with you, then you have every reason to go for it.

“As a wrestler making a business decision, you’re looking out for your best interests, it doesn’t matter what promotion in the world. There is no good or bad thing here, it all depends on how you look at it,” said Styles, the only wrestler who has held the WWE, IWGP, NWA, and TNA world championships.

As for Miro’s AEW debut, Styles said, “I just heard about that,” but didn’t delve into the details of the debut or promo.

Styles’ son, who often joins him during the Twitch streams, wondered why Lana, Miro’s wife, is still a part of the WWE roster.

“Because it’s a job,” Styles said emphatically while looking toward his son. “Why can’t two married people work in separate places?

“Your husband works at Pepsi, and you work at Coke? It is what it is. It’s not the first time that this has happened, and it won’t be the last,” added Styles.

As reported earlier, AJ Styles was pitched an idea to appear on the debut episode of AEW Dynamite but decided to stay with the WWE instead, signing a lucrative five-year contract with the company.