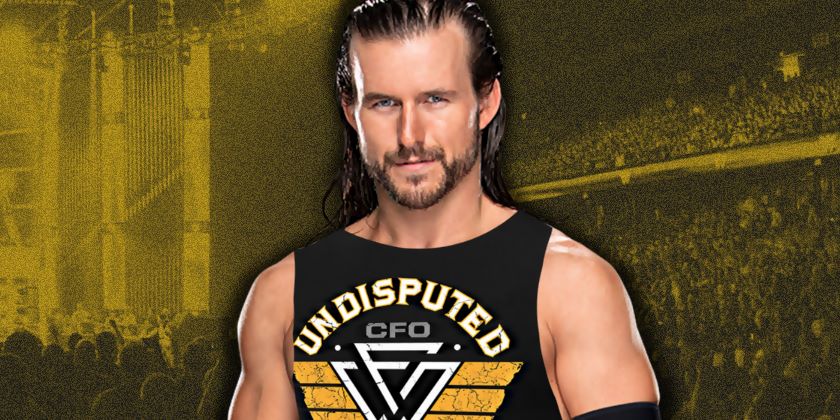 Cole commented on fans saying he may have had the longest NXT Title reign of anyone, but Balor is a two-time NXT Champion, and how that seems to be the main comparison point between the two. If Cole wins tonight, that should put an end to the back & forth, and Cole says that’s why this match is so important to him. Cole said the talk on he and Balor drove him insane.

“100%. That’s why this one is so important to me, because again, even as NXT Champion and having the 403-day reign as NXT Champion, I still constantly heard, ‘Yeah, yeah, Adam Cole is a great champion, but he’s probably number two of all time. Finn Balor is number one’,” Cole said. “It drove me insane, because I’m like, ‘I’ve doubled this guy’s reign as far as the number of days, and I’ve done it in one reign.’

“There’s no question that I’m the greatest Champion, so to be put in a situation where it’s Adam Cole versus Finn Balor, I mean, finally putting that to rest, who is the greatest NXT Champion of all time, will be a beautiful day for me.”

Adam Cole continued, “Also, as far as wanting, I just came off of losing the championship, so that feeling of wanting to be champion is still so fresh in my mind. Finn Balor hasn’t been NXT Champion for so long, so mentally he’s moved on. He may think he wants it really bad, but he doesn’t want it as bad as I do. I just lost the championship a couple of months ago. So in my opinion, without question, I want the championship more. Not only do I want it more, but I want to kind of close this chapter of my career in NXT saying that Adam Cole is better than Finn Balor, Adam Cole is a better NXT Champion than Finn Balor.”

Last week’s 60-minute Iron Man Match for the vacant title, featuring Cole, Balor, Johnny Gargano and Tommaso Ciampa, ended in the tie between Balor and Cole. That led to a lot of criticism from fans on social media, and Cole said he understands that some fans were upset.

“For me personally, I’ve always been that really annoying person that looks at everything glass half full always,” Cole said. “I’m so that person, that finds just the good in everything. So I like it, as far as longterm storytelling goes. I think we went from having a really exciting, again, the four pillars of NXT, still giving you amazing action. In our opinion, just a great match for an hour-long, to then lead into something that’s really compelling the next week.

He continued, “However, I do understand that some people were upset. I understand that some people want to see a definitive end to a match like that, and it makes total sense. But that’s actually kind of, as weird as it sounds, that’s what I love so much about pro wrestling, is you’ll have one match that will happen with a certain result, and like you said, half the people will go, ‘That was the greatest thing I’ve ever seen. They couldn’t have ended that any better. This was perfect’, and then you’ve got another group of people who were so upset and so angry, and think it’s the dumbest thing in the world. The beautiful thing is that both people aren’t wrong, and both people are right, and you can think whatever you want to think.

“That’s why I love television shows more than movies, because you have longer to tell the story that you want to tell. So NXT at the end of the day is a TV show, and we’re just telling the story of the NXT Championship, and the Adam Cole Finn Balor story a little bit longer. Not to keep rambling, but when I was NXT Champion, the constant comparison when I was regarded as the greatest NXT Champion of all time, some people would jump in and say, ‘No, Finn Balor is.’ Then people who said Finn Balor, other people would jump in and say I was.

“There has been this overarching story for quite some time about who is the greatest NXT Champion of all time. So the four cornerstones of NXT go into the 60 minute Iron Man match. Two guys tie, the people that are compared to the most, as far as who is the greatest NXT Champion, now they have a sudden death one-on-one match this Tuesday. I think it’s beautiful. I love it.”