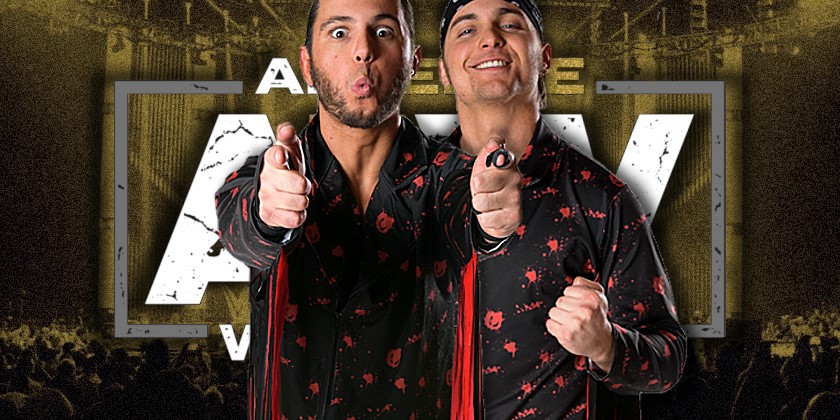 The opening segment of this week’s Being The Elite features The Young Bucks mocking not only NXT television ratings, but also Dexter Lumis.

Nick and Matt Jackson talked about how last week’s AEW Dynamite did just over 900,000 viewers. Although Matt is happy with that, Nick wants more and wasn’t thrilled that they didn’t win the key demo, which is the 50+ demo that NXT always wins. Matt stated that he’s tried everything but the numbers didn’t go up.

Nick thinks they should bring back stars from 30 years ago, but Matt brought up how they’ve already tried that. Nick thinks Matt needs inspiration.

This led to Matt getting into the ring with local jobbers and one of the wrestlers leaped out of the ring just like Dexter Lumis’ leap out of the ring on NXT. Lumis is currently out of action with a legitimate injury.

After getting beat up, Matt stated that he got an idea for a segment. He showed off a video of him hanging up photos around his house and titled it, “50+ seconds for 50+.”

AEW Stable Appears To Be Splitting Up