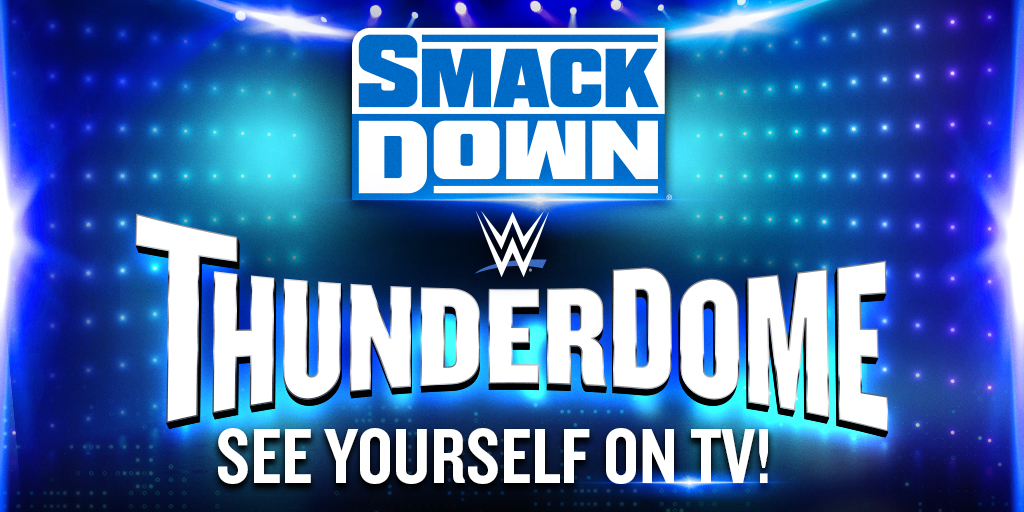 WWE has released a special video showing off The ThunderDome at the Amway Center in Orlando, FL.

The ThunderDome will officially debut with tonight’s SummerSlam go-home edition of SmackDown on FOX. WWE Chairman Vince McMahon will kick off the episode to introduce The ThunderDome to the WWE Universe.

On a related note, WWE Intercontinental Champion AJ Styles took to Twitter and reacted to the above video. He is set to defend his title against Jeff Hardy on tonight’s SmackDown.

He wrote, “I’ve competed in buildings large and small all around the world, but man it’s gonna be GREAT to retain my #ICTitle IN THE #WWETHUNDERDOME!!!!”

You can see photos, video and news from Thursday’s ThunderDome sneak peek by clicking here.

Stay tuned for updates on ThunderDome and remember to join us for live coverage at 8pm ET tonight. Below is AJ’s full tweet: