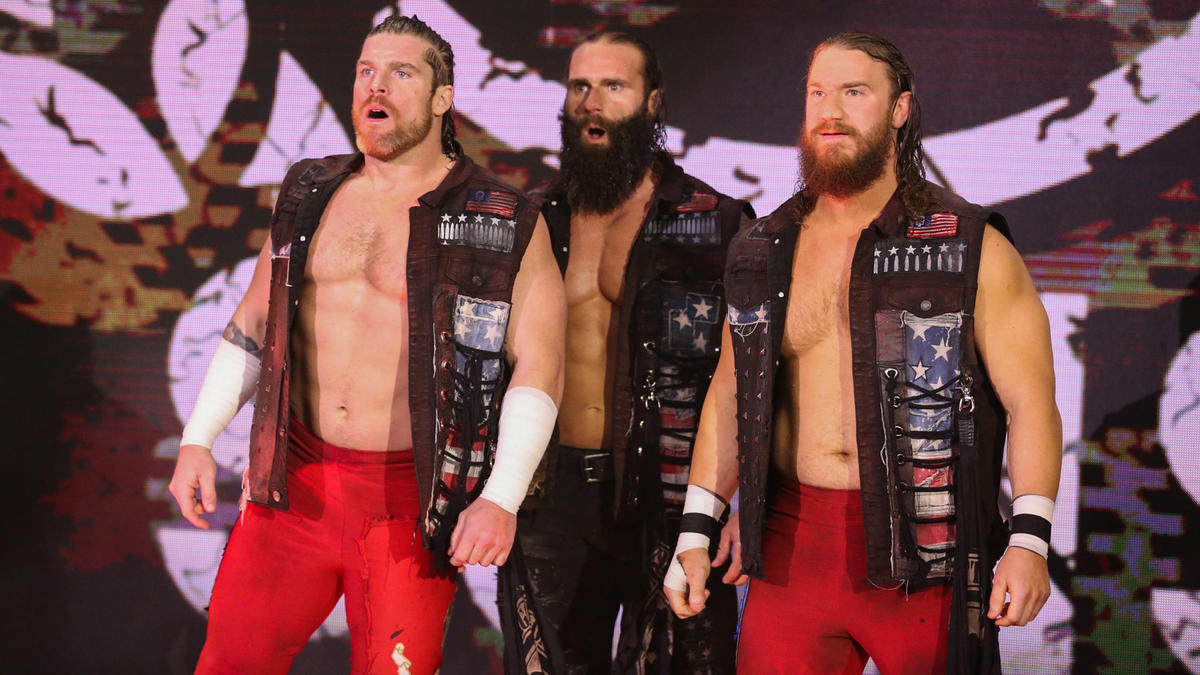 In June, The Forgotten Sons member, Jaxson Ryker, tweeted out his support for President Donald Trump bringing immediate heat on himself.

“Thankful for the @POTUS we have! God bless America. Built of freedom. Forgotten No More,” Ryker wrote.

Although not everyone voiced their opinion, it was reported a large amount of the WWE locker room was “fuming” at Ryker’s comments. Kevin Owens did comment publicly, mostly annoyed at Ryker for including his “s—ty wrestling catchphrase” at an inappropriate time.

The stable has not been seen on WWE TV since then.

On the latest Wrestling Observer Radio, Dave Meltzer reported the group was originally set to win the WWE SmackDown Tag Team Titles, but after that tweet those plans were nixed. The Forgotten Sons had been feuding with The New Day, who were the champions at that time. The trio was then replaced by current WWE SmackDown Tag Team Champions Cesaro and Shinsuke Nakamura in that feud.

“Although I am part of a tag team while I wrestle, I am my own person with my own thoughts and beliefs,” Cutler wrote in a now deleted tweet. “It pains me to see what’s going on in the world. I fought for the freedom of our country and ALL of the people who live here. It shouldn’t matter your race or however you identify, we are ALL human beings and ALL deserve to be equal. #JusticeForGeorgeFloyd”

“I will never understand, however I Stand. #JusticeforGeorgeFloyd,” Blake wrote.