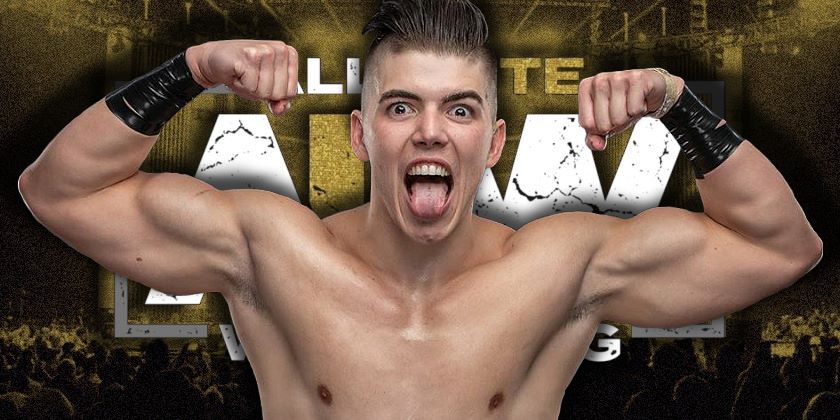 Sammy Guevara took to Instagram to show the cut he got on this head during the tables match against Matt Hardy on last night’s AEW Dynamite episode.

In the caption, Guevara points out that both men now have scars left over from their run ins with one another.

“So…. scar for a scar huh? This ain’t over, Matt Hardy,” Sammy writes.

Matt Hardy posted a video to YouTube shortly after Sammy revealed his bloody wound to the world. In it, Matt gives credit where credit is due and congratulates Sammy on picking up the victory on Dynamite. However, he also promises him that he will never stop coming after him until one of the two men is finally “deleted” from AEW.

“Congratulations, Sammy. You won, you beat me. You survived my wrath and you left with only a large laceration to your head. You beat me; you said you were going to beat me and you beat me,” Matt admitted. “And maybe it was too early for me to get back into the ring, and I wasn’t all the way 100% out there bleeding internally, discombobulated, my equilibrium was all off, it was hard to climb, it was hard to stand.

View this post on Instagram
So…. scar for a scar huh 🤔 This ain’t over @matthardybrand
A post shared by Sammy Guevara (@sammyguevara) on Aug 27, 2020 at 8:42pm PDT