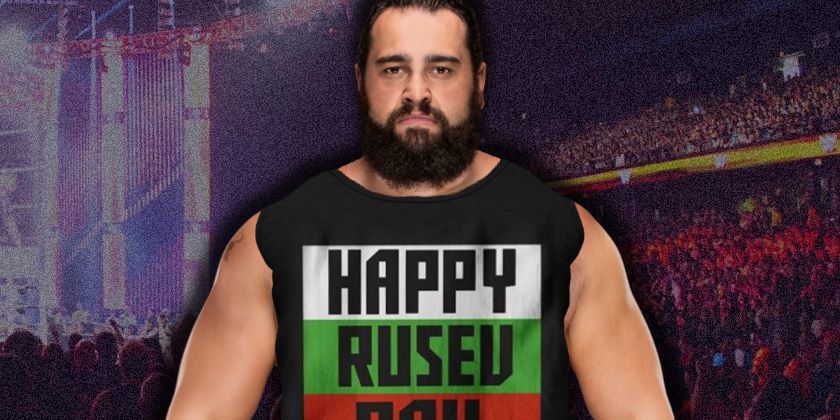 During his recent appearance on The Ryback Show, Rusev revealed a conversation he had with former boss Vince McMahon about his merchandise in WWE selling faster than Roman Reigns and AJ Styles.

“Having played sports since the age of seven, all my life has been a competition. [During my time in WWE] I was finally getting to a point where we were doing something right. Clearly, since we sold our merchandise faster than everybody else.

“There is no way that this went unnoticed. I was No. 1 in merchandise sales, selling more than Roman [Reigns] and AJ [Styles],” Miro revealed in a tell-all interview in which he spoke extensively about WWE not capitalizing on his rising popularity with fans.

Miro said that he met McMahon for a second time within a short span about his unhappiness in the WWE.

“I always want to learn from Vince, he knows a lot. I sit and listen, ‘Sir, OK, if that’s what you think, I am cool with it.’ He always had everyone on his side, agreeing with him [about the way I was used on TV]. But, my second meeting with Vince was about the merchandise sales.”

According to Miro, McMahon cited not enough merchandise being produced as the reason for Rusev’s shirts selling out faster than other superstars.

“I was just defeated, man. I said Vince, ‘We have sold out all our merch, we beat Roman, we beat AJ, we beat everybody.’ Vince responds, ‘what do you mean?’ When I told him the shirt is sold out, he’s like, ‘maybe they didn’t make enough.’

“I’m like, ‘They didn’t make enough shirts and that’s why my merch is sold out? Not because we’re doing good? Really? You’re gonna give me that excuse?'”

During the course of the conversation, Ryback insinuated that WWE could have stopped producing Rusev’s merchandise just to “mess with his head.”

“They started putting my segments early [on the show] just so the Rusev Day chants went away. I’m thinking like, ‘what am I here training for?’ I even started getting to acting classes, worked on my body, worked on all the extra stuff,” added Rusev.