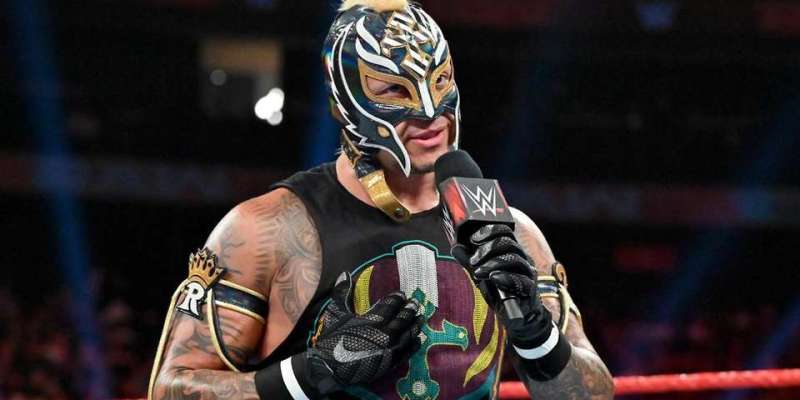 WWE closed out Monday’s episode of RAW on the USA Network with a tag team match that saw Dominik Mysterio & Rey Mysterio vs. Murphy & Seth Rollins.

Although the match went about 10 minutes, it ended in a no contest thanks to an attack from RETRIBUTION. After the show, Mysterio took to social media to show off the head wound that he suffered.

It turns out that Mysterio was busted open, but due to his mask, there wasn’t any blood shown. However, it could be seen in the photos that Mysterio shared on Twitter.

He also captioned the photos with “Retribution.” The wound was on the top of his head, which looks like it will heal up quickly and before he steps into the ring again.

This marked Mysterio’s first match back since losing to Rollins in an Eye for an Eye Match at the Extreme Rules pay-per-view event. WWE kept him off television for a few weeks before he returned last week on Raw.

He was also in the corner of his son for the Street Fight against Rollins at Sunday’s SummerSlam pay-per-view event.