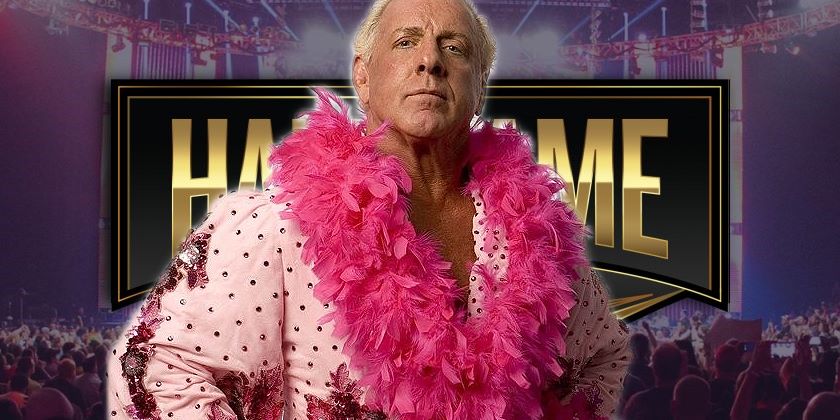 On tonight’s WWE RAW episode, Randy Orton defeated Kevin Owens with the RKO. Flair was at ringside to support Orton but things took a turn for the worst after the match.

As Flair was about to leave the ring, Orton asked Flair to stay because they needed to talk. Orton said that he has every right to be upset with Flair but he can’t find it in his heart but he has every right to be pissed off because the match with KO wasn’t necessary. Orton blamed Flair’s ego but he said he learned so much from Flair and he said Flair taught him everything he knows.

Randy Orton then said that he no longer respects or loves Flair because he is a liability to his career and everything he’s trying to get done. Orton said that Flair wanted Orton to be the son that he wished he had. Orton made fun of Flair because it looked like he was about to cry. Orton also made light of Flair needing a pacemaker and said that the Flair he knows wouldn’t have slipped into a coma a couple of years ago and Flair is now a junkie for the spotlight and now he is washed up and can’t do it anymore.

Flair said he’s taking this personal and the old Ric Flair is not here anymore and he admits that he wants to be part of the spotlight and he wants Randy’s approval and he wants to be there when Randy wins the WWE Championship and he wants Randy to break the record for most World Title wins. Flair got emotional as he talked about being in a coma and he said that he wanted to make sure that he loved the people around him. Orton and Flair hugged and then Orton hit a low blow. Orton followed up by punting Flair in the head.

We noted about plans for Flair to be written off. The plan was to write him off a few weeks ago after the match between Orton and Big Show but Flair was kept off the show as a precaution after his wife Wendy Barlow tested positive for COVID-19.

“I don’t respect you anymore, and I don’t love you anymore.”@RicFlairNatrBoy needs to get out of there as soon as possible. #WWERaw pic.twitter.com/lgf6fT0hzQ