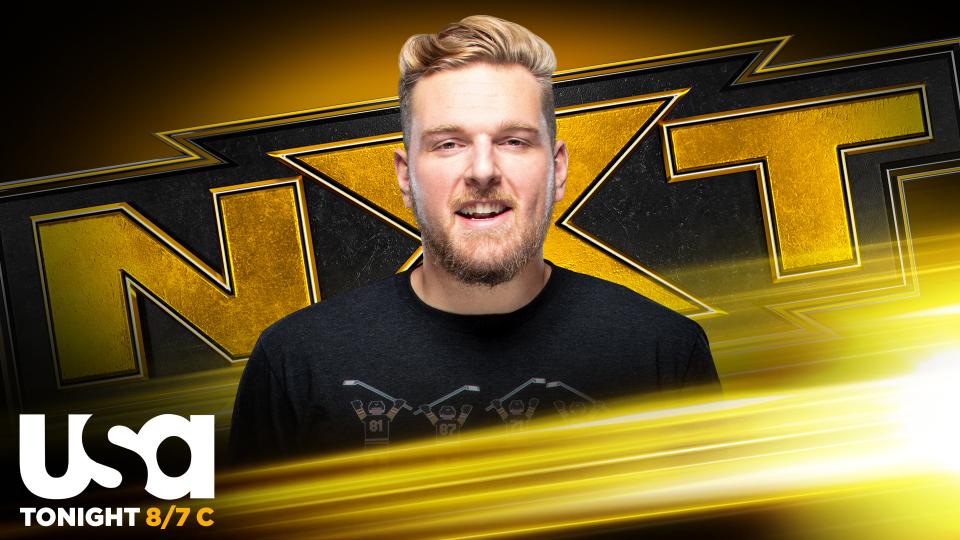 Tonight’s NXT ended in chaos, as an NXT Tag Team Championship match between Imperium and Undisputed Era ended with Adam Cole and Pat McAfee getting into it at ringside.

After McAfee and Cole seemingly cleared things up during the episode, McAfee joined the commentary team for the title match, and continued to make fun of Cole throughout it. Eventually, Cole ended up walking over to McAfee, and after a brief back and forth, Cole poured a bottle of water onto McAfee, which led to referees, Triple H, and Shawn Michaels all trying to calm things down.

Meanwhile, in the ring, Imperium was able to utilize the confusion to their advantage, landing a huge European Bomb for the victory. With Imperium retaining their titles and quickly leaving, all eyes were on Cole and McAfee. After briefly leaving, McAfee returned to taunt Cole more, calling him “a tiny bitch,” which led to Cole trying to jump over the announce desk to him. With Cole laid across the table and being pinned down by referees, McAfee delivered a brutal kick to Cole’s head, knocking him out. Triple H then shoved McAfee away and told him to leave before calling for a doctor to get Cole some medical attention.