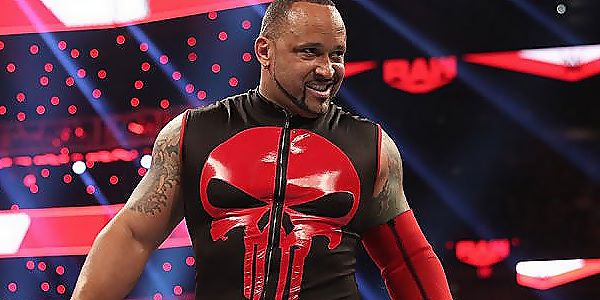 MVP spoke with Sports Illustrated and discussed his working relationship with Vince McMahon. He was asked how Vince has influenced his work over the years.

“That’s an interesting question. Vince is very demanding,” MVP said. “I’ve always said this about Vince–he’s hard, but he’s fair, with me, for sure. I remember when I first got called up to WWE and I was doing segments with Matt Hardy in our feud, Vince pulled us to the side and said, very specifically, ‘When we’re doing these segments, I want you guys to be very involved. I want you to participate.’ Up until then, I thought my role was as talent, so I didn’t know I was allowed to do that. But Vince was the one that opened that door for me, so I took a more hands-on approach.

“WWE is the NFL of pro wrestling. It’s the biggest, strongest platform in the industry, so to be able to learn from Vince McMahon, I was able to take those skills to other places and continue to grow. Coming back now, I understand what Vince wants and how he wants it. And Vince is a perfectionist. Good enough is not good enough for Vince. His influence has been huge. I’m a go-getter, and I want to be involved with the segments I’m in, and I want to make sure that I’m on the same page with the other talent so that your viewing experience on Monday Night Raw is the best that it can possibly can. Those are things I learned from Vince.”

MVP is set to challenge WWE United States Champion Apollo Crews at SummerSlam on August 23. The two have been feuding for several months now, and MVP sees Crews as a top talent. He was asked if Crews is destined for stardom, and what makes his work so special. MVP said Crews has what it takes to bet he next big star in WWE.

“Apollo Crews is a gifted athlete. Every time I’m in the ring with him, I’m just impressed at the things he’s capable of doing,” MVP said. “I met him years ago on the independent scene in the U.K., so I’ve seen his work mature. He and I have had opportunities to talk where I’ve been able to impart some of my experiences on him. One of the biggest things that’s going to work in the favor of Apollo Crews future is he’s coachable. It’s his aptitude. Some guys will only ask you for advice because it’s the thing to do, but they don’t necessarily apply it.

“If Apollo Crews asks you for feedback, he genuinely wants it to get better. And if you do point something out to him, you only have to do it once, because, by the next time, the adjustment has been made. Apollo Crews has all the tools to be the next big star. Time will tell, but I’m in his corner and I believe he will be. Firsthand, I see how coachable he is, how humble he is, and how hungry he is, three qualities you need to be a star in this industry.”

MVP and his Hurt Business stable (Bobby Lashley, Shelton Benjamin) invaded RAW Underground last week and took over the new concept on its first night. He talked about the different vibe that RAW Underground brings, and how it provides a “pretty cool” contrast to the rest of the show. He was asked what needs to be done for RAW Underground to be a successful part of RAW each week.

“It’s all about the fighting,” MVP said. “The raw aggression and the zero pro wrestling aspect of it, guys getting in there and fighting, that’s a nice twist and a contrast to the pro wrestling matches that we have. I think people will enjoy that. It’s sleek, it’s cool, it has a different vibe to it.

“I’ve actually been in night clubs where they have MMA in the ring, so I know that vibe, I know the feel. It will time take time for people to get used to it in the setting of Monday Night Raw, but I think it provides a pretty cool contrast. It’s new, so I’m sure adjustments will be made, but I look forward to me and The Hurt Business showing up again and applying our trade, if you will.”

MVP’s Reveals Stipulation For Hell In A Cell

Bobby Lashley Vs Omos Set For WWE Hell In A Cell