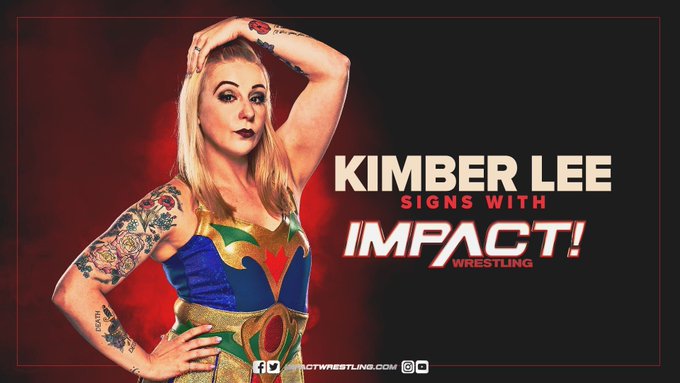 Impact Wrestling has signed Kimber Lee to a long-term deal, according to Hype Magazine. Impact confirmed the news on social media a short time later.

Lee made her in-ring debut for the company back in May, defeating Havok. Lee spoke with Hype Magazine and noted she learned about the new deal about two weeks ago. The exact number of years signed wasn’t mentioned.

Lee was also signed to NXT (known as Abbey Laith) in December of 2016 where she was involved in the first Mae Young Classic. Lee lost in the second round to Rachel Evers. She was then released from the company in March of 2018.

Last month at Slammiversary, Lee participated in the Gauntlet for the Gold Match to determine the number one contender for the Impact Knockouts Championship (currently held by Deonna Purrazzo). That match was won by Kylie Rae.