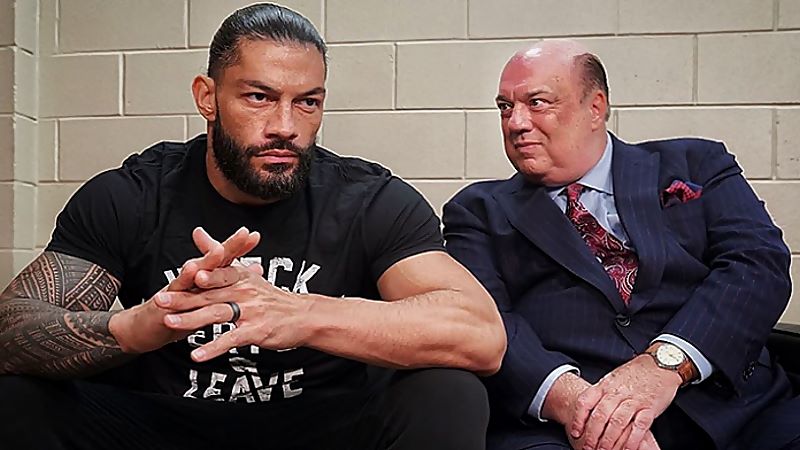 As noted, Paul Heyman returned to WWE TV at the end of tonight’s SmackDown on FOX, and has aligned himself with Roman Reigns.

You can click here for details on tonight’s SmackDown storyline that brought Heyman back.

In an update, PWInsider reports that Reigns, as the newest “Paul Heyman Guy,” is scheduled to be booked as the top SmackDown heel going forward.

On a related note, it was confirmed that current plans also have Braun Strowman moving forward as a heel, permanently.

With Reigns and Strowman working as heels, the idea moving forward is to use WWE Universal Champion “The Fiend” Bray Wyatt as a babyface, with The Fiend being the top face for the blue brand.

Sunday’s WWE Payback main event will see The Fiend defend his title against Reigns and Strowman in a No Holds Barred Triple Threat.