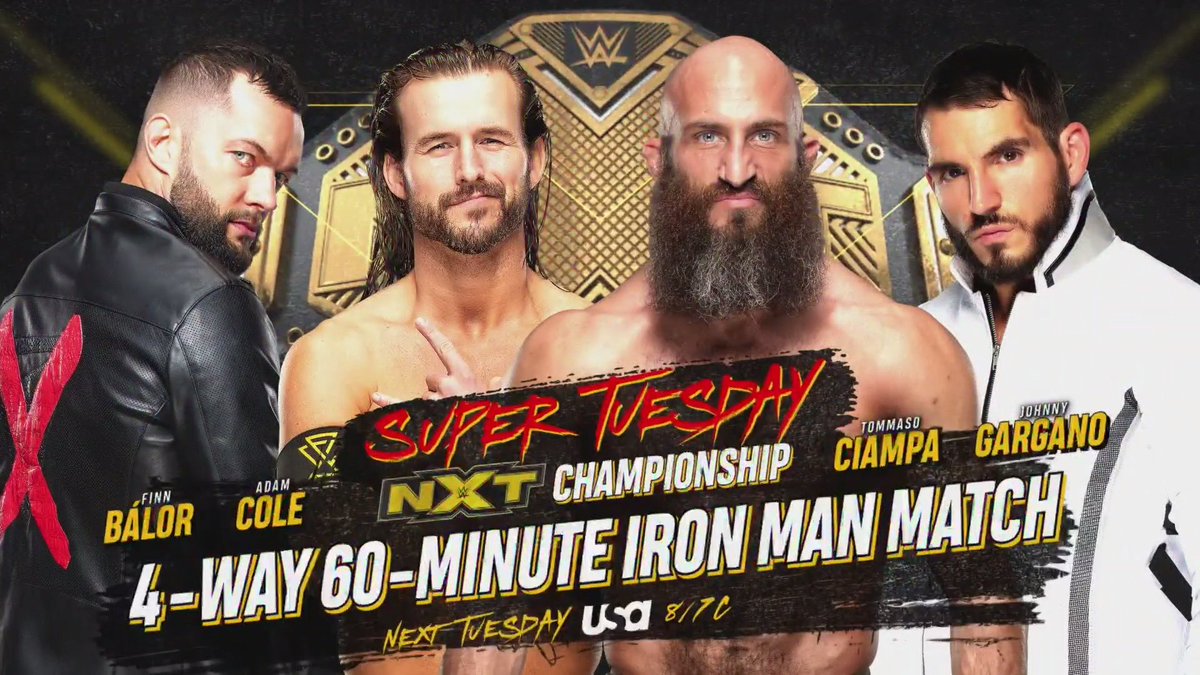 The Fatal 4 Way to crown the new NXT Champion will be held under 60-Minute Iron Man Match rules. The competitors are Tommaso Ciampa, Johnny Gargano, Finn Balor and Adam Cole.

Stay tuned for updates on next week’s NXT Super Tuesday episode, which is airing on a different night due to the NHL playoffs on the USA Network.

Next week, on a special TUESDAY edition of #WWENXT, former 4 #NXTChampions will collide for the vacant #NXTTitle.

What a HUGE announcement from @RealKingRegal!

NEXT TUESDAY NIGHT AT 8/7c on @USA_Network: @FinnBalor, @NXTCiampa, @AdamColePro and @JohnnyGargano will compete for the vacant #NXTTitle in a 4-Way 60-minute Iron Man Match! pic.twitter.com/h5U2Khjymp

BREAKING NEWS:
Per @RealKingRegal, the #WWENXT Championship will be decided next week in a Fatal 4-Way 60 Minute Iron Man Match pitting @AdamColePro vs. @FinnBalor vs. @JohnnyGargano vs. @NXTCiampa! pic.twitter.com/jLJkctDhjJ

Who is the true IRON MAN of #WWENXT?