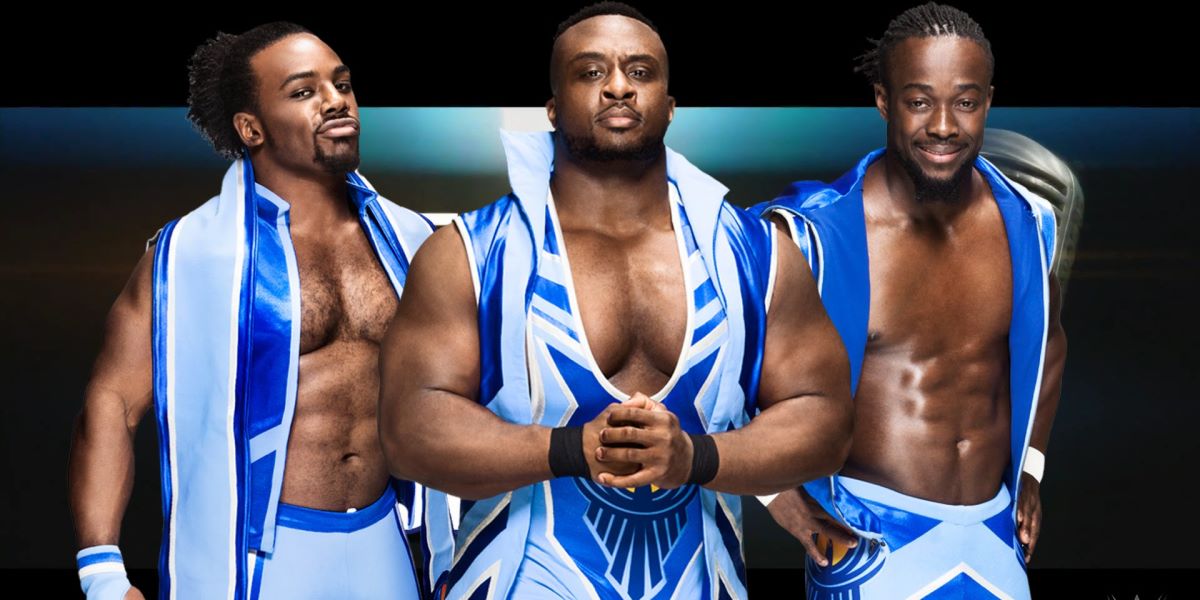 With Xavier Woods and Kofi Kingston out with injuries, the spotlight is on Big E to have a singles run for the first time since The New Day formed in 2014.

Booker T said that in order for that to happen, Big E would have to make some changes in order for people to look at him like a World Champion.

Social media got a hold of that quote and tried to elicit a reaction from Big E. Booker T wasn’t a fan of people taking his words out of context and he talked about that on “The Hall of Fame with Booker T and Brad Gilmore.”

“People out there on the internet and social media are always trying to bait someone into saying something that they can create something off of at the same time,” said Booker. “So, I wanna tell these people out there that’s trying to goat people like Big E to say something about Booker T in a negative light – get off it man!

“I’ve given Big E great advice, and hopefully he takes some of that advice and moves to that next level and crash that glass ceiling like I know he can. I’ve been sitting back watching some of Big E’s stuff from the past, when he first came in, and Big E was a monster. To be able to capture a little bit of that is what I’m talking about – not change everything. But Big E, we’ve talked, and you know where I’m coming from. Do exactly what I think you can do, brother, and that’s go out there and become the WWE Champion in some form. So, don’t listen to the haters that’s trying to hate on Booker T.”

It was then brought up that some journalists try to bait wrestlers into saying something controversial by not supplying the full context of a quote or interview. Booker called out those people, and said everything he says on his podcast is also something he’d say to a talent’s face.

“These reporters and so-called journalists, they’re gonna try to get you to say something. They’ll read you a portion of what I said and it will sound like I said something negative. The thing is, these young guys need to know that I’m the one guy that’s pushing for them. I may say something controversial, or something that needs to be discussed or given an explanation, but sometimes people take it and try to make something out of nothing,” stated Booker.

“They’ll use an excerpt and it will sound like something. But my thing is this – everyone knows I’m willing to say in the person’s face what I say on the air all the time. I wish none of those young guys anything other than big time success in making it to the next level and living that same dream that I’ve lived for the past 30+ years.”

Booker then revealed that he recalled seeing Big E the night after Kofi Kingston won the WWE Championship. Booker told Big E that his time was coming in regards to the individual success that Kingston achieved.

“The thing is, I don’t know if he fully believed it. But I said, ‘Trust me, you’re gonna have your run.’ Now we’re here and hopefully he’ll make the best of it…
A person speaking about someone like that can’t wish any ill will on them having nothing but great success,” said Booker.

Booker also said that he only critiques people who he sees potential in, and if he doesn’t see promise in someone, then he won’t even talk about them.