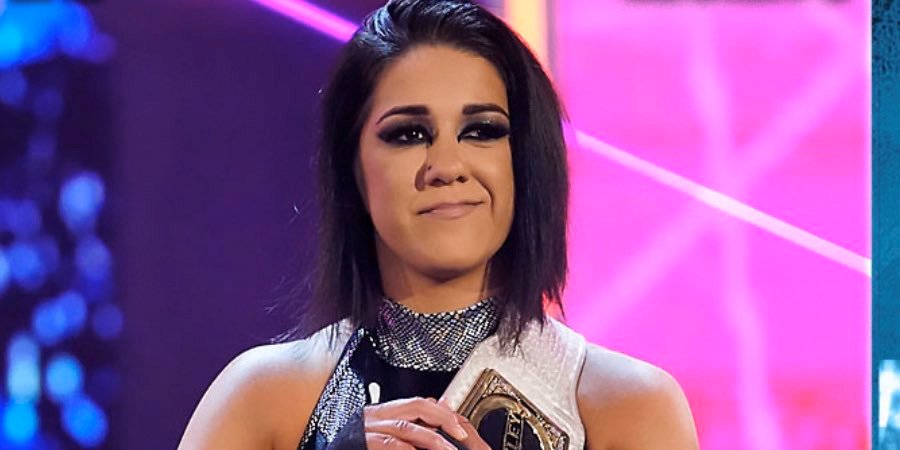 The current WWE SmackDown Women’s Champion Bayley recently sat down with SI.com to discuss her dominance over WWE with partner, Sasha Banks.

Bayley wasn’t shy in exclaiming that this current run as “The Golden Role Models” is the most fun she’s ever had on WWE TV.

“Everybody keeps saying, ‘It looks like you’re having so much fun,’ and it’s so awesome that people can tell,” said Bayley. “This is the most fun I’ve had on TV, and that’s because I love being around Sasha. We get along so freakin’ well, it’s been awesome.

“Sasha is the best in the world, without a doubt,” she added. “She is so innovative and unique”

Bayley recognized that the road to success with Sasha has seen it’s fair share of ups and downs. They apparently had to show the higher ups in the company that they were reliable enough to maintain a top spot on the roster long-term.

“It took a long time for us to get here,” said Bayley. “There have been a lot of ups and downs, a lot of being held back, a lot of doing a lot for nothing. One of the things we heard a lot was, ‘We can always count on you.’ We believed they could count on us to run the whole company. It took a lot of proving, but that’s what we’re doing now.

“We are very vocal about what we believe is right and what we want to do to help the company and help the division. It’s finally being able to shine through, and it’s very rewarding,” Bayley continued.

Bayley also revealed that she was helping scout new talent for the WWE NXT coaches in 2016. One person that she helped land a contract is her current rival, Nikki Cross.

“A lot of people don’t know this, but there was a point where a lot of the coaches at the Performance Center were asking me who should come in for a tryout since we wanted to grow our roster,” said Bayley, who is now competing for the eighth year with WWE. “Sasha, Charlotte, and Becky had just gone to Raw or SmackDown, and Nikki was one of them.

“She’s been around everywhere, and since I met her at Shimmer Wrestling, she has this certain passion. She knows who she is and she’s not afraid to show who she is to the world.”

Bayley is Backstage For Tonight’s NXT