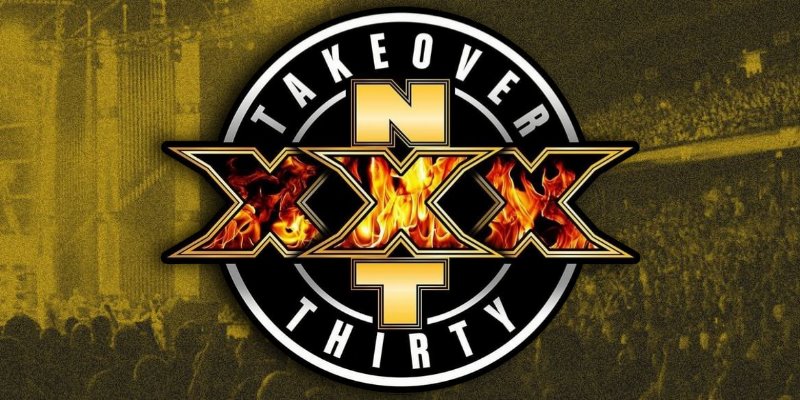 As noted earlier, Triple H and Cole have both called out McAfee following last night’s punt kick to Cole at the end of NXT on the USA Network.

McAfee released a Twitter video this afternoon, seen below, where he accepted the challenge.

“I kicked @AdamColePro’s head off of his body last night on #WWENXT. I didn’t want to do it, I HAD to do it. He ASSAULTED me with a bottle. Then I got physically kicked out of the building by @TripleH. Never thought this is how a honeymoon was supposed to go but BREAKING NEWS,” he wrote as the caption to the video.

Want to be famous, Pat McAfee? Here’s your chance.

Cole and McAfee have long traded barbs, though only verbally — until recently as their hostility reached an entirely new level. The two were initially cordial when the former NXT Champion appeared on McAfee’s eponymous show last month. But McAfee’s repeated needling eventually drove Cole to fly off the handle and get in the former All-Pro punter’s face before storming out.

They appeared ready to bury the hatchet when McAfee came to NXT on Aug. 7. The ex-Indianapolis Colt clearly had other intentions, though, repeatedly disparaging Cole on commentary within earshot while his Undisputed ERA allies challenged Imperium for the NXT Tag Team Championship.

Eventually, Cole heard enough, confronting McAfee until they were separated by officials. But with Cole restrained, McAfee savagely seized his opportunity and left him lying unconscious after a massive punt.

While McAfee opportunistically got the better of Cole once, stepping into the ring for his first match against the longest-reigning NXT Champion in history is a much taller order. Has the brash broadcaster written a check he can’t cash, or can he shock the world?

I kicked @AdamColePro’s head off of his body last night on #WWENXT.

I didn’t want to do it, I HAD to do it. He ASSAULTED me with a bottle.

Then I got physically kicked out of the building by @TripleH.

Below is the current Takeover card: