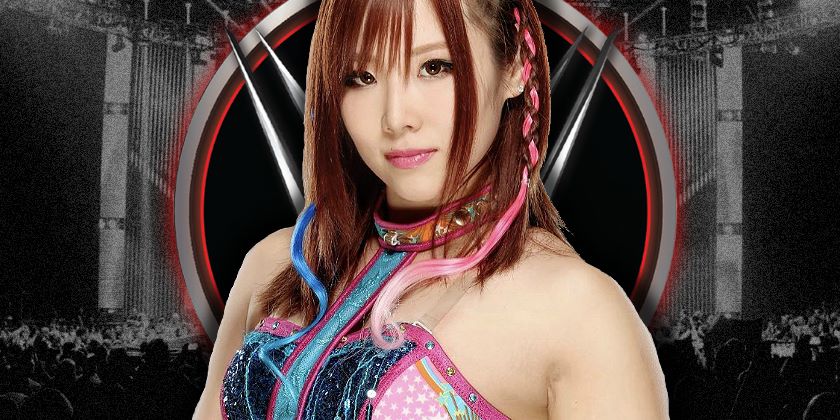 Although Kairi Sane has finished up with WWE, that doesn’t mean that she isn’t slated to have one more appearance on television.

As noted, Sane, who ended her current tenure with WWE on good terms, worked Monday’s WWE TV tapings where she went over SmackDown Women’s Champion Bayley in a non-title match during this week’s episode of Raw.

Sean Ross Sapp of Fightful Select reported today that Sane is slated to appear on next week’s episode of Raw, but there’s no word yet on her exact role on the show. WWE taped this episode on Monday as well.

It was noted that the company has “made a big effort to retain Kairi, and pitched several ideas to keep her on the payroll, and more specifically, away from other companies.”

The reason for her decision to go on hiatus is due to her wanting to return to Japan and live there full-time with her husband as the couple was married earlier this year.

The report added many of the ideas pitched to her in order for her to stay under contract with WWE includes being a possible ambassador or a trainer.

Originally, WWE came up with plans to write Sane off television by having her be attacked by a fellow WWE star. However, that star hasn’t worked TV tapings over the last few weeks, which is why Shayna Baszler was brought back to Raw.