The decline in WWE’s popularity was the subject of a story by top media outlet Variety, as well as Lightshed Partners, which is a top technology, media and telecommunications research firm.

Variety noted the company’s consistent decline in popularity and Vince McMahon continually coming up with excuses like top stars being absent, the surge of new talent and needing to have better storylines. Lightshed took a look at WWE stock this week and noted that they could not recommend a buy right now because of “too many critical questions surrounding the company,” mainly WWE’s creative direction and whether there will be a significant rebound in their TV ratings, even in a post-coronavirus world.

“Instead of focusing on the long-term health of the company and building a product that audiences want to watch, both McMahon and investors have put all their eggs in the TV revenue basket,” Gavin Bridge wrote on Variety.

Bridge noted that investors need to hold McMahon accountable on Thursday’s Q2 media call and ask “how much longer is needed to create compelling stories and new stars that catch the public’s imagination.”

Lightshed also discussed WWE’s inability to create new Superstars. It was noted how much of the talent that can draw are aging, and bringing back older stars like The Undertaker is just a band-aid, and not a long-term strategy.

“One of the largest problems we have identified is an inability to create new Superstars,” Lightshed wrote. “Every era of WWE wrestling has been defined by some key stars at the top. Recent years have been bereft of that star power, with Roman Reigns the closest but never on that same level. More broadly, there really has been very little younger talent that have broken through at all on their way to replenishing even the middle level of stars in the men’s division. This has made the company more susceptible to injuries / absentees of major stars. Much of the talent with drawing power is aging. And, the big draws for major events have been in bringing back even older wrestlers such as Goldberg and The Undertaker. That is a band-aid, not a long-term strategy.”

WWE signed new domestic TV deals in 2018 for RAW and SmackDown for $2.35 billion. Despite McMahon feeling that moving SmackDown to FOX would be a game changer, the audience for SmackDown last quarter is only up 100,000 viewers per week from the prior year quarter, when they were on the USA Network and in approximately 30 million fewer homes. RAW ratings have been down considerably since their deal with NBC Universal was completed in 2018.

Lightshed notes that the margin for error for WWE content is going to be lower than ever, especially with the content on RAW and SmackDown, as WWE looks ahead to negotiating their next TV deals with NBCUniversal and FOX in late 2022. Lightshed believes WWE content has not resonated and the proof is how TV ratings have dropped since the current big money deals were signed.

“Declines in television viewership have been part of the problem, but sports / live have held up better than the rest of the ecosystem. And, one of the reasons the current partners were willing to pay is that WWE itself was holding up much better than the rest of TV (FOXA also fortuitously sold most of its assets to Disney and WWE fit with its programming strategy),” they wrote.

Lightshed believes WWE has plenty of time to fix their roster in before going back into TV negotiations for RAW and SmackDown, especially with the talent pipeline they have with WWE NXT. They speculated that a longer-term approach is likely the right way to go, even if ratings return more slowly. It was also speculated that Triple H, who heads up NXT creative, could be a big help in fixing the main roster issues.

It was noted that a recommendation was almost made in June due to how well WWE has dealt with the COVID-19 pandemic, in keeping costs down while fulfilling contractual content obligations to their TV partners. However, they feel that the timing is just not right for a recommendation after what concerning issues they’ve seen in the past few weeks. Lightshed’s analysis pointed to how there could be another significant decline in the WWE TV ratings with the NHL and NBA returning to TV, and how WWE’s TV success is more important than ever.

They wrote, “WWE’s television engagement is more crucial than ever, as we see a potential domestic devaluation in sports rights coming, particularly as WWE’s current partners look to rationalize their sports rights’ portfolios. Also, while aspects of this company’s growth strategy remain cloudy, one thing we do know is that Vince McMahon views WWE simply as a content studio for third parties. With all this in mind, another recent ratings dive for Raw and SmackDown gives us trepidation, especially following the ousting of Paul Heyman, the head of Raw creative. With so little fresh content, let alone sports/live content, we have been surprised WWE ratings have not improved. Now, with the NBA and NHL returning, we fear ratings could take another leg down.”

The analysis also looked at the impact of the coronavirus pandemic, and how WWE has had a period where they’ve faced competition from fewer live sports leagues, which is coming to an end.

“COVID-19 has clearly compounded the problem,” Lightshed wrote. “We absolutely do not want to minimize the impact from COVID. WWE is reaction entertainment and no live audience hurts. A look at the ratings across AEW, NXT, Raw and SmackDown shows all were impacted negatively by the virus. That being said, AEW and NXT ratings have actually been climbing back. In July, AEW was up 11% versus April on average. NXT has notably improved against both March and April in the past two months. Meanwhile, both Raw and SmackDown have taken another leg down in the past month, with Raw down 10% and SmackDown down 8% compared to the prior month and both down 15% compared to April. Understanding seasonality in the WWE calendar, we looked at the ratings in terms of year-over-year declines. In July, Raw ratings have been down 37% and SmackDown down 6% (even with SmackDown’s move to Fox broadcast). Of note, Raw viewership has made fresh all-time lows multiple times this summer.

“Ratings are likely set to decline further as sports returns, especially with the NBA coming back on Thursday night. WWE has had a sustained period with less live competition and that is coming to an end.”

Drew McIntyre On His Return on Tomorrow’s RAW 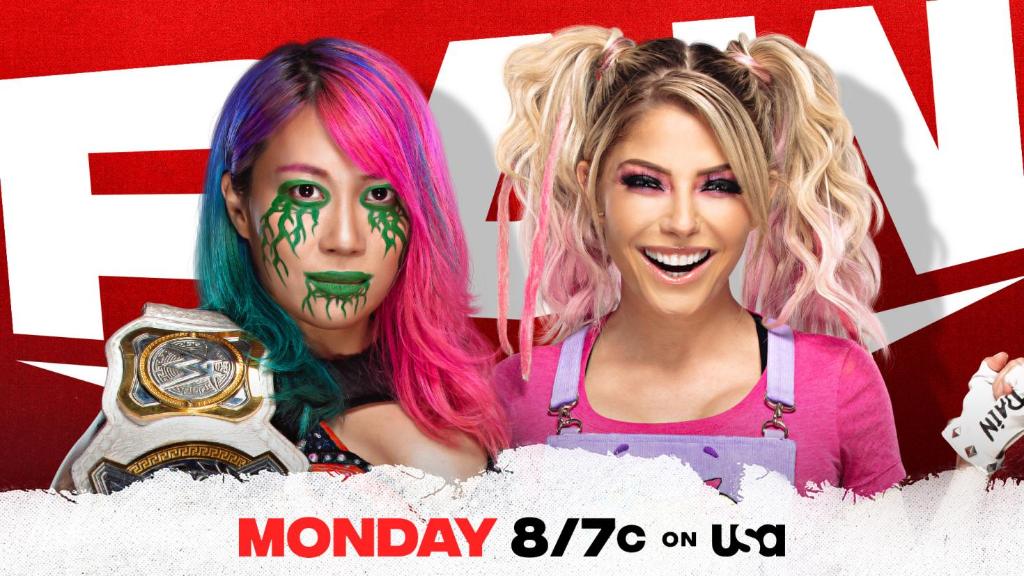