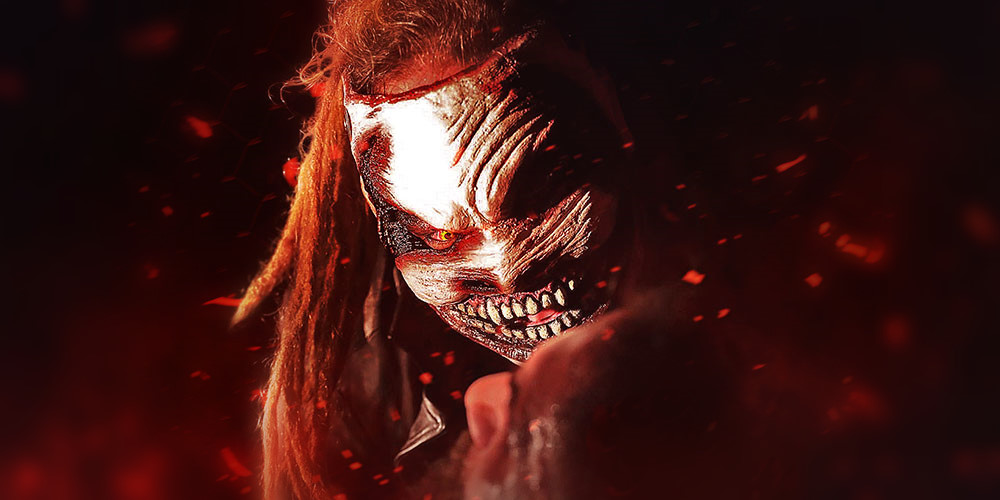 Tonight’s WWE SmackDown episode ended with “The Fiend” Bray Wyatt attacking Alexa Bliss and putting her down with the Mandible Claw.

The SmackDown main event saw WWE Women’s Tag Team Champion Bayley retain her SmackDown Women’s Title over Nikki Cross. After the match, Bliss tried to console a frustrated Cross, but Cross shoved her to the mat and walked off. That’s when SmackDown went black. The red lights came back up and made the ring glow as the eerie horror sound played in the background. The Fiend was standing behind Bliss.

The Fiend circled Bliss while she looked up from the mat, terrified. He then knelt down in Bliss’ face and raised his hand in the air for the Mandible Claw. The Fiend finally brought his hand back down, slowly, and put his fingers in Bliss’ mouth to bring her flat on the mat with the Mandible Claw. SmackDown then went off the air.

A new Firefly Fun House segment aired earlier during SmackDown where Wyatt joked about WWE Universal Champion Braun Strowman still being stuck in the swamp after the Wyatt Swamp Fight that closed WWE’s recent Horror Show at Extreme Rules pay-per-view. The Fun House segment also saw Wyatt claim that he never wanted to hurt Strowman, but now The Fiend wants what Strowman has and until The Fiend gets that, no one is safe.

WWE first used Bliss in the Wyatt vs. Strowman feud during the recent Wyatt Swamp Fight where an image of Bliss, possibly appearing as Sister Abigail, was used to lure Strowman into a trap set by Wyatt. The angle played off Strowman’s past with Bliss, including their time together in the Mixed Match Challenge. At the time it wasn’t clear if Wyatt was just using Bliss to lure Strowman to the attack during that Swamp Fight match, or if she would become a regular part of the Wyatt vs. Strowman storyline.

There’s no word yet on what WWE has planned next for Wyatt and Strowman, but it’s believed that Strowman will defend the WWE Universal Title against The Fiend at WWE SummerSlam on August 23. Stay tuned for updates.

She is giving a PERFORMANCE. pic.twitter.com/Uh75cH7RYI

The Fiend gives the claw to Alexa Bliss to end #SmackDown. #SmackdownOnFOX pic.twitter.com/BbwLWPxiut 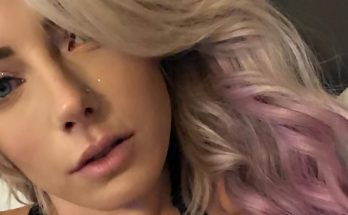 Alexa Bliss Shows Off New Piercings Ahead Of WWE Return