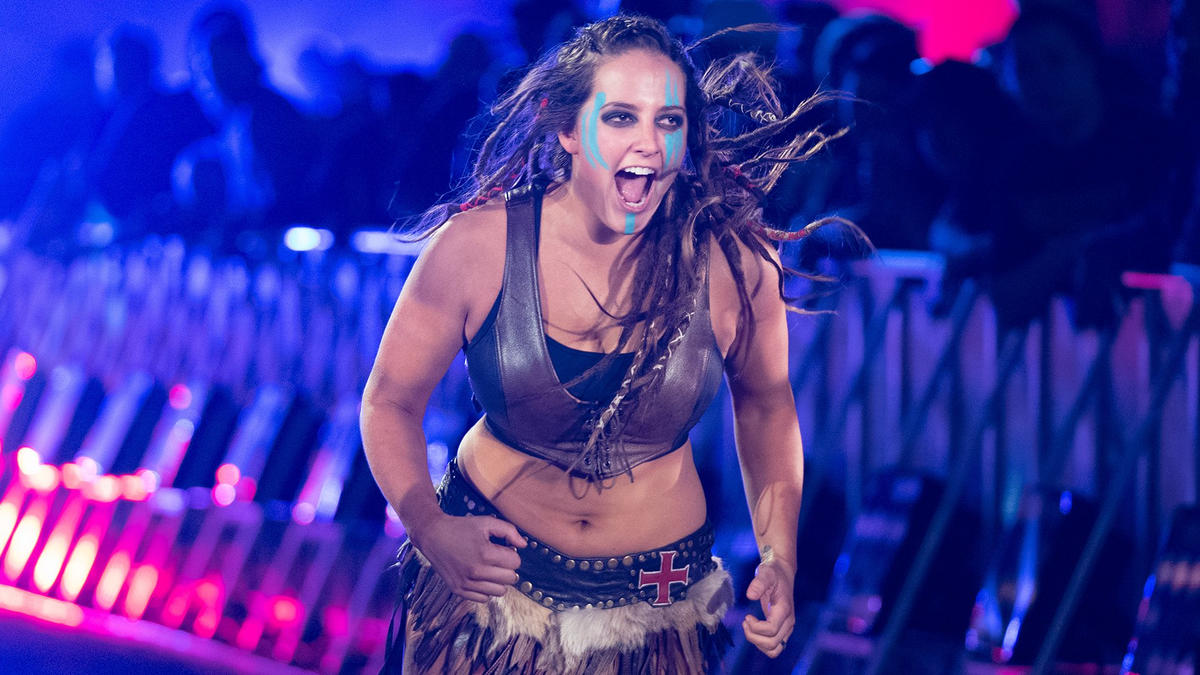 As seen below, recently released WWE star Sarah Logan took to her YouTube channel to announce that she’s pregnant with her husband, Erik of the Viking Raiders (Raymond Rowe).

The video begins with Sarah and Raymond embracing as they see the positive test result finally reveal itself. Sarah continues to get emotional as Raymond kisses her stomach and they celebrate.

“As you guys know, I’m freaking pregnant,” Sarah says. “And I was, like, so excited, which is new for me. I honestly did not want to have kids before I met Ray Rowe. Like, no one had ignited that motherly instinct in me. It just wasn’t something I was for me, you know? My family is kind of small. There were never babies growing up, you know? Ray grew up with babies constantly around him.

“I had a little brother but he’s only a couple years younger than me, so I don’t really remember him being an infant and me taking care of him as an infant,” Sarah added. “It’s just something I didn’t think was for me. I was that girl that was like, ‘Yo, I don’t want kids. I don’t need kids.’ When I met Ray, I almost immediately, I was like, ‘I want to create something with this man.’ Like, I want more than we have, I want everything, I want marriage, I want to live together, I want kids. And to have that right now is just overwhelming.”

Sarah discussed how she believes this child will be something that will forever change her life with Ray. She has an intuition that it is a boy, but regardless of the gender, she’s elated with the news.

“I feel like this is going to change me drastically,” Sarah stated. “You know, it’s always been about me or it’s always been about me and Ray. We’ve never had that third person that both of our lives revolved around. And this baby is so, so young, and so small, and is already just taken our lives and made it better. I don’t know if I should go on record, but I feel like I could be completely wrong, but I feel like it’s a boy. And I feel so happy that this is happening, like, I got fired from WWE and it feels like our lives got turned upside down, and it felt scary. I didn’t know what I was going to do and then this happened, this beautiful thing happened.”

Ray also took some time to express his feelings about the news that Sarah is pregnant. He explained that he has always wanted to be a dad and get an opportunity like this to raise a child.

“My entire life, I wanted to be a dad. My dad was my first hero; he was Superman,” Ray said. “Don’t put yourself first because it’s not about you when you’re a father. I’ve watched my brothers and sisters have children, I’ve loved being an uncle. I’ve always wanted to be a father. I wanted the opportunity to raise a child. I cannot imagine somebody else I would rather raise a child with than Sarah.”

Ray commented on the fact that it’s getting harder to leave Sarah every week to go perform at RAW. Nevertheless, he’s giving his best effort in taking care of her and keeping her comfortable.

“It’s hard to imagine holding your child for the first time, like, sometimes it doesn’t feel real,” Ray stated. “Sometimes it feels like it’s just a concept, not a reality. But every day, I can kind of see that little baby bump get bigger. It becomes harder to leave [for the road] every time. I’m in Florida now and I’ve been here for a couple days, and all I want to do is go home and be next to her, and be taking care of her, and making sure she’s got everything she needs, and anything she wants. And I can’t be there right now and that’s really hard.

“I just can’t – I don’t have words. I’m just so happy and there’s so much that I’m looking forward to,” Ray added. “But I’m going to go home and take my wife to the midwife and we’re going to listen to the heartbeat. And I can’t think of anything else I want to do more than that.”

Trailer For Guardians Of The Galaxy Volume 3 Featuring Batista