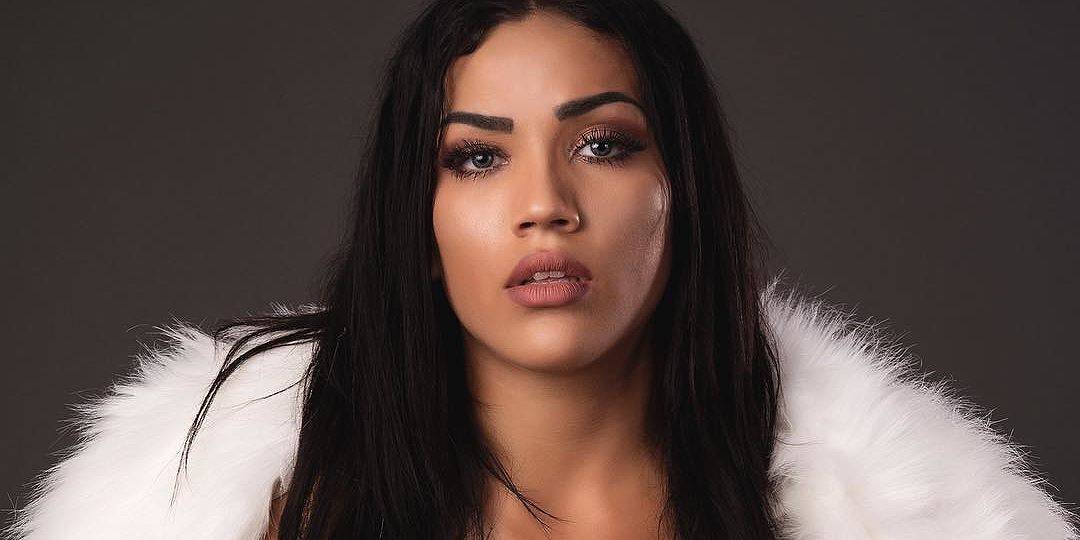 Salina De La Renta is one of the top stars of MLW and she credits her pro wrestling journey to the WWE reality show, Total Divas.

Speaking with Denise Salcedo, Salina De La Renta revealed that although she’s a major player in Major League, she considers WWE and Hollywood two short-term goals for herself.

Thanks to Denise for passing along the following quotes:

Well I would say that every wrestler’s dream is to at least be in WWE once. Even if they say no, that’s a lie, how did you even hear of wrestling in the first place? You can’t tell me you want to be a professional wrestler and you didn’t want to be in WWE. I would say that’s one of my short term goals, long term I definitely see myself finishing my doctorate’s degree, I definitely want to do movies in Hollywood, I’ve always wanted to since I was a little girl, and now it feels like more real. As I see everything else come together, this taught me that dreams do come true. And all I really have to do is keep trying and just not give up.

I decided I wanted to pursue pro wrestling because I felt it fit the most with my personality. I am very much into performing arts and anything that has to do with sports. When I was in school I remember trying out for soccer, volleyball, anything. I wasn’t good, but I tried out…then I did singing, dancing, modeling, acting. I was trying to do it all until I found what I wanted to do for real. I moved to Florida to study film and I was going to college for screenwriting and taking all my classes and I came across the reality TV show, Total Divas, and I was like “oh wow, wow, this is a different world.” I knew about wrestling by word of mouth and I had seen some stuff. It wasn’t like I was completely clueless, but I didn’t know that much. And I got into the show and decided that I kinda looked like the Divas…’I don’t understand, I feel like I fit in.’ And it was a new world for me but I wanted to try it out. I started researching wrestling schools near me and I decided to try it out. I took a bump and I decided ‘this is it, I am going to be doing this.’