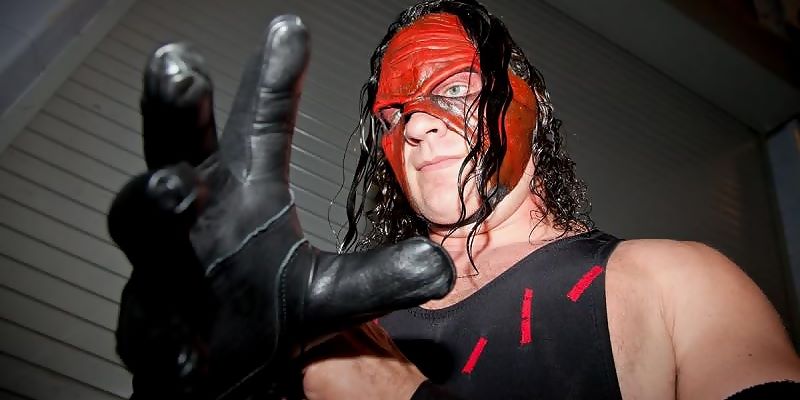 Jim Cornette sat down with Inside The Ropes to discuss how he played a substantial role in creating Kane.

Cornette explains that while he did not directly create the Kane character, he helped shape it.

“No I didn’t come up with the Kane character but they left me alone to kind of help him along,” Cornette said.

Kane, whose real is Glenn Jacobs, was introduced to Cornette by long-time manager and booker Dutch Mantell, f.k.a. Zeb Coulter in WWE.

“Glenn Jacobs stared working for me in Smoky Mountain Wrestling because Dutch Mantell, who I’ve known forever and I respect and has a great mind, said ‘I’ve got this kid that’s gonna be great but he’s burning out down here in Puerto Rico,” Cornette said. “He’s huge and he looks great and you can do something with him.”

Cornette discussed the early days of Kane’s gimmick and how Kane’s gimmick would take a turn into the infamous Dr. Issac Yankem and the fake Diesel character. This would also be the point in time where Kane would have his first meeting with The Undertaker.

“He was already working with a mask and the Unabomber was hot at that point so I named him Unabomb,” said Cornette. “Glenn had done a great job and I had brought Undertaker to Knoxville to face Unabomb the first time they’d wrestled each other at out Super Bowl of Champions in August of ’95. Taker goes up and tells Vince, ‘Hey this guy you know, I can make some money with him’. Of course, they bring him up to be an evil f—- dentist and then he became the fake f—- Diesel”.

Cornette also discussed his intentions on how the actual Kane character was supposed to look and his mannerisms.

“I thought, so Halloween is one of my favorite horror movies and Michael Myers to me was so cool and Undertaker was already doing the sit up and the mannerisms and I thought now if we did the original videos of Kane where you’re looking through the eyeholes of the mask and you hear the breath,” Cornette said. “And maybe you’re looking and you see the pictures and clippings of the Undertaker in a room and he’s been obsessing over the Undertaker. That was my original idea, but they went with the red superhero outfit.”

The legendary manager would then describe how Kane’s debut would take place in the midst of a huge Hell in a Cell match for the WWF Championship between Shawn Michaels and The Undertaker.

“I started researching the idea for the Hell in a cell which this all ties together because we were coming up on Michaels and Undertaker having a big blow off but Taker couldn’t win the belt, Michaels had to retain the belt,” noted Cornette. “So we came up with a cage match but in this case instead of a regular cage match let’s have the cage go all the way around the ring like the old cage in Memphis that way guys can come up from underneath the ring the ring.

Cornette helped finalize the direction of Kane’s character and explained how his rivalry with The Undertaker would develop through the years.

“Why would Kane just show and start wrestling? His whole idea has been all these years, he’s been waiting fixated with trying to get even with his brother for all of these things that he done to him. He’s not a wrestler, he doesn’t work for the company,” Cornette said. “He’s trying to get Undertaker so the way we exposed Kane was every time in a match, no matter who it was, the red lights would hit and the music would play and the pyro would go off and Kane would chokeslam everybody.

“He was basically saying that Undertaker didn’t want to fight his brother and Kane was saying ‘let the blood be on your hands’ I’m gonna do this until you agree to fight me.

“Finally (Vince)Russo wanted the week after Kane tombstones The Undertaker, for Kane to chokeslam The Undertaker through the announce desk the next week. He’s done this one thing, Undertaker can come out and say ‘I don’t wanna fight my brother’ but if he comes out and beats Undertaker up every week then the fans are gonna say f— your brother, fight him”.