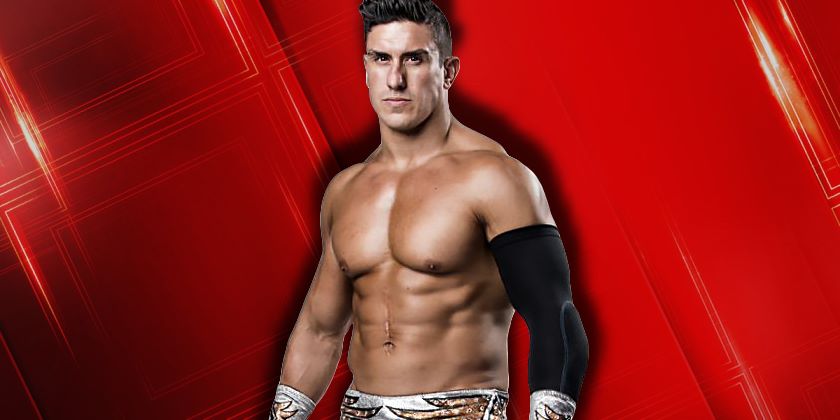 EC3 sat down with Mike Johnson from PWInsider to discuss the final moments of his WWE run.

He specifically talked about his unhappiness with the promotion, and that Johnson was one of the only interviews that he has done since his departure from WWE.

“There’s very few people I trust in this industry to communicate openly my message to people on the internet basically, because I feel there’s a lot of hearsay. There’s a lot of speculation that’s reported as facts,” EC3 said. “I feel there’s a lot of misinformation, and I feel you, Michael, one of the true people with integrity who sort and cite your material and verify. You don’t do things for clicks. Then if you’re wrong, you hold yourself accountable to it, and you admit it. So I respect what you do, and that’s why you’re one of the few interviews I’ve decided to do.”

EC3’s namesake came as Ethan Carter III while he was with Impact Wrestling as the kayfabe nephew of former president, Dixie Carter.

“Like-minded Michael. Oh, and you called me Ethan Carter. I only have EC3 trademarked.”

EC3 also discussed his history of concussions during his time in NXT and the resulting complications he endured while working his way back to full health.

“I was concussed. I actually was concussed at the NXT Takeover in Brooklyn,” he explained. “We’ve had a few in the past. We all get them, but that was the first time I didn’t know where I was. That was a scary feeling. All of sudden I was in a trainer’s room talking to a doctor, and I had no idea how I got there.

“I remember the first thing they said was, “Do you know what city you’re in?” I said, “I don’t.” Then I was like, “Oh sh**.” So from there, I started the road to recovery, and I did come back. Then in another match on NXT TV, I believe, I was donked to the back of the head and fresh off that one concussion, I had another.

“Somebody caught me a few months later, and I was out again with a concussion. This time, it was very difficult to come back from, because we’ve talked about injuries in the past, and knees, and my back, and my bicep tear, or pecs tear, body’s falling apart. This injury was the most difficult, because in lieu of the physical aspect of it, it was a lot mentally, and having to deal with the brain chemistry and the mental aspect of this concussion and maybe life in general was really difficult and extremely hard to come back from.”

EC3 also explains his frustrations with how he was used, but also understands the business side of being with the WWE. He talks about being expendable and how he feels content with being a part of the process.

“I will say at this point, realizing who I kind of was as a person, how unhappy I was all the time, how much it wears on me, my ability to be satisfied creating something and working hard towards something, and then when I can’t do that, who it makes me become is not the best version of me,” he said.

“I was prepared. Must be realistic from a business perspective. They don’t use me, and I just had a couple months where I couldn’t even live up to the meager use of me. I understand that from a business point,” EC3 added. “What do I have to offer besides… You don’t know, because they haven’t tried, but it makes me expendable, and I’m okay with that.”

EC3 also acknowledges the uncertainty that his position is in due to the ongoing COVID-19 pandemic. He elaborates on how the pandemic has changed life for he and his family. EC3 talks about the conflict of having a well-paying job but not wanting to make a irrational decision due to that uncertainty of how things will turn in the country due to nationwide shutdowns.

“But at the same time, we’re walking into a COVID world. Who knows what’s going to happen, especially, what was that? March and April, we had no clue what was going on. The economy gets shut down. I have a job that pays well. My parents own a business, which is being throttled by this shutdown. I know I have to stick it out for as long as possible.”

EC3 was released on April 15 but is now free to compete wherever he would like. He discusses the shift in his character and continuing to mold during these past 90 days. Mike Johnson sheds some light on the “no compete” clause and asks EC3 what kind of character they can come to expect from EC3.

“I do want to talk about those 90 days. So we’ll jump into that, and then I’ll dive backwards. So you get released, and in case people don’t know, when the 90 days happens, you’re still under contract for those 90 days. They just basically tell you, “We’re paying you until this end date. You’re still with us, but we’re not going to continue on past that date.” Johnson asks.

EC3 states, “I just wanted to create something in 90 days that I was proud of, that I was happy with, I won. I did seriously challenge myself to say in 90 days, I could create something creatively that shows, in my opinion, the creative process in the company is broken. I can do it with myself, my mate, a Sony handheld, and some forthright some articulate words. No, articulation, words, my story, wow, with something true and personal and real to me, and hopefully it applies to others. If not, it’s a cool wrestling character. If it’s nothing, people don’t like it, it’s fine too. This is what I’d like to see. This is who I think I am. This is the person I am. Let’s see what I can do.”

EC3 and Mike Johnson also discusses his initial main roster run where he was paired against Dean Ambrose (now AEW World Champion Jon Moxley) and why their program was scrapped extremely quickly. EC3 explains that he truly had no idea why their feud suddenly ended and was given no explanation particular.

“I wish I knew, to be honest. I don’t know. I was at the point where I thought I was brought up with an intention and a purpose,” Carter said. “So I made the mistake of trusting the process instead of being the squeaky wheel that gets the grease. I remember I think, ‘Hey, I think we’re turning you heel.’ I’m like, ‘Oh, thank God I’m such a better heel and I don’t do flashy things, and I can really talk… Man, yeah, turn me heel and get me on the microphone right away. Let’s go.’ But that didn’t ever happen.”

EC3 expresses his enthusiasm to get into a physical altercation the moment he is eligible to complete again. As noted, the returning Impact star premiered a new video to his Youtube channel right at the stroke of midnight on July 18 that included some in-ring action.

EC3 also discusses his time in the initial version of NXT where it was mainly a game show type format where prospective “rookies” would be paired with a current WWE superstar who was known as their “pro”. The winner would go on to receive a future WWE Championship. EC3 competed in the fourth and fifth seasons of the show where he would be victorious in the fifth season known as NXT: Redemption. At the time he was known as Derrick Bateman and was paired with Daniel Bryan. He talks about both of his NXT runs including his return to WWE in 2018.

“I’d say they’re both unsatisfactory for my personal preference. That’s pretty obvious. But on the second run, maybe knowing what to do as a professional, like you’re willing to do anything for the company, you’re willing to give everything you have, you’re willing to sacrifice your sanity and your heart and your creative passions to appease others for a paycheck,” EC3 said. “I don’t know where I’m going with that. You can do everything the right way. I admitted to making mistakes, of course, but as far as a professional, nothing I could have done.”

EC3 also states that although he uses social media to market himself and to put out his promos, he is not a fan of it overall.

“I know Facebook is the mass propaganda tool of social media, and you kind of stay away from it because your grandma’s on there, and your mom’s sharing dumb posts all the time, so you stay off Facebook. But if you could throw EC3 a like, the real EC3 a like on Facebook, it seems as far as content, it’s the best form to at least get stuff out there. So most of it I’ll put there,” he said.

“I hate talking about social media, because I’m not a demented narcissist like every other person with a blue check on it. It drives me nuts. I hate the lifestyle. I hate the faux reality of it,” EC3 continued. “I hate people wearing masks and unable to truly be who they are because they feel they have a certain need to act or present themselves when they’re in public. But it’s also how the world works.”

EC3 talked about other options he had to sign with, such as going to Ring of Honor and All Elite Wrestling. Other promotions such as New Japan and Major League Wrestling would be less-than-stellar options due to travel and COVID-19 difficulties. While EC3 acknowledged that those are attractive options, he is still not keen on just making “the simple option”. EC3 also gives credit to how both companies have created a vibrant wrestling environment and have put on a good product.

“Oh, I think I covered them in some pretty creative-ass promos, but there is no honor in what we do, but what I’ve always enjoyed about Ring of Honor was their focus on the aspects of competition. So they’re doing interesting things with television. I think what’s good for them is that because they haven’t been creating the content in the ring that, when the time is right, it could blow up something new and completely different. So it’s definitely an intriguing option, and the same with All Elite is that Wednesday nights on cable TV, it’s another thing that just seems too simple right now. But I appreciate the product.”