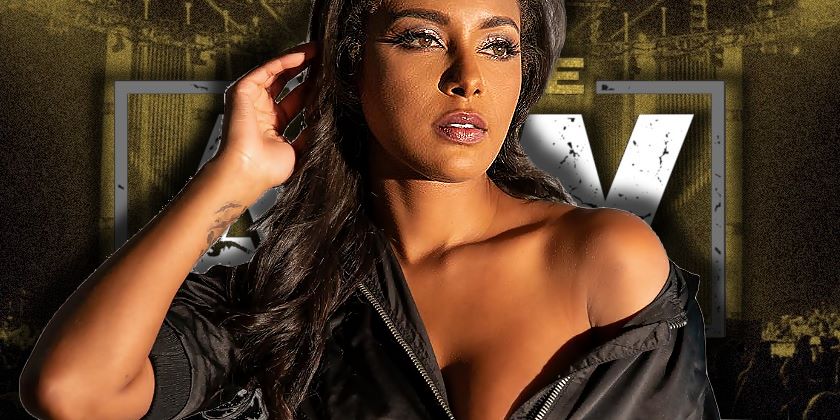 Brandi Rhodes joined Christy Olson on CHRISTYreports this week to discuss her on-screen and backstage roles with AEW.

Rhodes talked about the upcoming AEW Women’s Tag Team Cup Tournament and what fans can expect to see.

“Wednesday that’s all going to be crystal clear,” Rhodes explained. “We’re going to explain how the teams come together and then you might see a team or two come together. So it’s going to be a fun episode, definitely wouldn’t miss that if you are interested in the tag team cup tournament. So we’ll leave you in a little bit of suspense.”

Rhodes has been confirmed to be a participant in the tournament but hinted that with the Deadly Draw concept she may not be teaming with who fans think.

“There is the factor that [the Nightmare Sisters] could maybe not be together in the tournament, since that hasn’t been clear,” Rhodes said. “So we will also see on Wednesday with the rules what that means for the Nightmare Sisters. I’m honestly hoping that we are together, because again, I feel like we’ve just gotten our footing so it would be kind of sad to tear us apart at this point.”

There have been rumors that the tournament could become an annual event for the company, which Rhodes said is something she is hopeful for, as it would be a good chance to feature more female talent.

“I think that’s how you look at a lot of things,” Rhodes explained. “You try things, you see how they go. I, of course, am very hopeful that this tournament is something that can continue to happen as it’s going to bring great opportunities to a lot of women who don’t normally get to be seen on Dynamite or on AEW Dark as often as we’d like to.”

Rhodes also touched on the recent #SpeakingOut movement which rocked the entire wrestling world and directly affected some AEW talents including Sammy Guevara and Jimmy Havoc. Rhodes spoke about how the company handled the decision-making regarding talents whose names came up in association with the hashtag.

“That was kind of a first run for us, in a scenario like that,” Rhodes said. “So a lot of people had hands on deck for that. There was a lot of very open-minded discussion on how we should handle things. A lot of the legal department had hands in helping with that, and a big part of the PR department. We’re lucky to be working with some people who are vets in the industry for twenty, thirty years, so they’re able to weigh in opinions. It was interesting to navigate as a first real, ‘This is a big situation, it’s greater than us. How do we look at this?’ I think we handled it very well, considering the circumstances, and it’s hopefully something people have learned a lot from.”

As the company continues to learn and listen to allegations that occur Rhodes said she explained to their female employees that AEW is there for them if they ever have any concerns or issues.

“I had a conversation with a lot of our women after that and just said, ‘Hey, I’m glad that this happened so that you know these are the people that you come to if you ever have any kind of issue or concern, or maybe feel a certain way, you’ve got all these resources available to you,'” Rhodes explained. “It’s nice in wrestling to hear that, because in the past there was none of that.”

Rhodes further explained how she didn’t always feel that people would listen and help in the past and that has something that has come a long way in the industry.

“I remember being in situations where a situation would arise and I would worry, if I do say something, you know, is my job in jeopardy,” Rhodes recalled thinking. “Now women know that’s not the case anymore, which is so comforting.”

Rhodes also added that she has fans who cross the line through direct messages on social media which led to her closing her DM’s from the public.

“There’s a limit to what I can handle of people sending me pictures of their genitalia,” Rhodes said. “So I’m not open publicly to DMs anymore.”