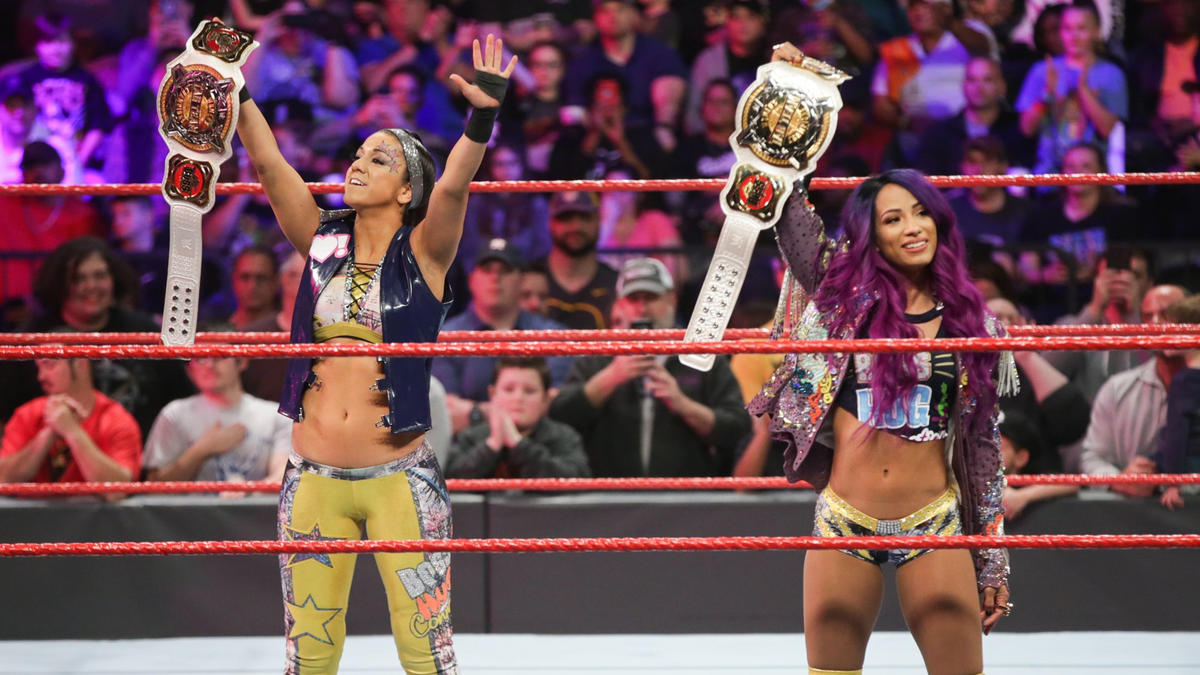 On the The Hall of Fame podcast, Booker T spoke about WWE Women’s SmackDown and Women’s Tag Team Champion Bayley while giving his thoughts on Bayley and her tag partner.

“I’m always on Bayley’s case, but Bayley is the quintessential worker,” Booker said. “She may not be great at anything, but she’s good at everything. So, when I watch Bayley go out and perform, now taking on this new persona — which is something that I couldn’t wait till this happened — I think it’s good for her.”

The first part of that quote seemed to get WWE Women’s Tag Team Champion Sasha Banks’ attention, and she responded on Twitter:

In the video below, Booker T reacted by saying he was trying to give out compliments, but didn’t see how they were a better team than himself and his brother, Stevie Ray.

“My thing is this, man, I put her over, right?” Booker said. “I put Bayley over, too, right? Sometimes, that’s very hard to do. But I managed to do it because I’m the bigger man. I said, ‘Bayley’s not great at any one thing, but she’s good at everything.’ If that’s not a compliment, I don’t know what is. Maybe they’re feeling a certain way about themselves right now because they got gold around their waists.

“Sasha, Bayley, great tag team, but as far as those two being anywhere near as great as Hall of Fame tag team, ten-time World Tag Team Champions — set the record. Along with the greatest manager in the history of the game: Sherri Martel.

“As far as Sasha Banks and Bayley goes — as far as tag team wrestling goes — and what Harlem Heat brought to the game, and still sprinkling out there all over the world right now. People are still singing the name on a yearly basis. … Sasha, Bayley, congratulations on your success, keeping doing what you do, hopefully, you won’t post anymore tweets about me, or anything like that.”

Why Bayley Shaved Michael Cole’s Name On Her Head

Bayley is Backstage For Tonight’s NXT