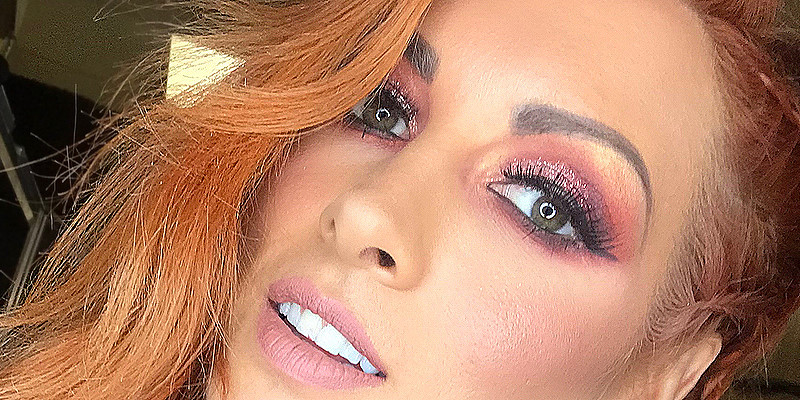 Becky Lynch sat down with Brie and Nikki Bella to discuss the first trimester of her pregnancy, Seth Rollins’ reaction, as well as when she first started to see the signs of pregnancy.

She also discussed when she discovered the news whilst still in WWE, and why the timing of her announcement was so sudden as a result.

“I felt sick the whole time, just nauseous,” Becky said of her first trimester. “And then that was it, really. I was still able to work out, I wasn’t exhausted but…in the gym, I can’t push anymore. You know what I mean? I don’t know if that’s a mental thing…you don’t know what’s going on, so you’re worried about everything because, I don’t know, I’ve never done this before. So I don’t know what to do or not to do. I think I was a little overly cautious about everything.”

Speaking on when her original plans were to have a baby, “The Man” explained she wanted to at least have a child before the age of 35. That was in her early days in the business, however, after meeting Seth Rollins, whom she lovingly referred to by his first name Colby, plans quickly changed in a number of different ways.

“I knew, like okay, I want to try and have a baby before 35. And then I met Colby and I was like, ‘well perfect,'” she said, referring to Rollins. “This is my person. This was always the plan because originally I was like ‘well I’ll wait until I’m done wrestling and then I’ll have a family’. But then I started thinking, wait…why do I have to do that? Guys don’t have to do that. Hell, I’ll just do it whenever the time feels right.”

She would go on to explain to Nikki and Brie that she started trying to have a child with Rollins but expected it to take a long time. Life clearly had different plans and things all began happening before she had ever expected.

Becky Lynch explained that the moment caught her so off guard that it took a while for her to actually believe it. After she first started seeing the signs early on after WrestleMania, there was a fair bit of doubt still in Lynch’s mind. But they quickly became focused on planning for life during, and possibly beyond, her pregnancy.

“When we came back from filming WrestleMania, I was feeling sick already,” Becky explained. “And so this was even too early to take the test, and so then I got early response ones which are the ones with the lines. And so I took one of them, and Colby didn’t even know that I took it and it just was one line popped up real quick and I didn’t even read the instructions. So I was like ‘oh, it’s the negative line and I’m so not pregnant’ and I threw it into the bin.”

After discarding this test in the trash, Lynch and Rollins would go to the gym. Upon coming back later that night, she got curious and took the test back out. She then noticed the second line and showed it to Seth.

They did some research and after debating if it was a false positive, she took another test. They took one more after that, just to be sure. That was when she finally knew it was true, and the family she wanted was on the way.

“The next morning I took it and I waited,” she said. “And the line again was really faint, and I was like ‘ugh, alright I just need to wait to get one of the digital tests.’ And then I got the digital test and the words just popped up. And I was just like, ‘wow!’ Colby just like threw his hands in the air and just started screaming.”