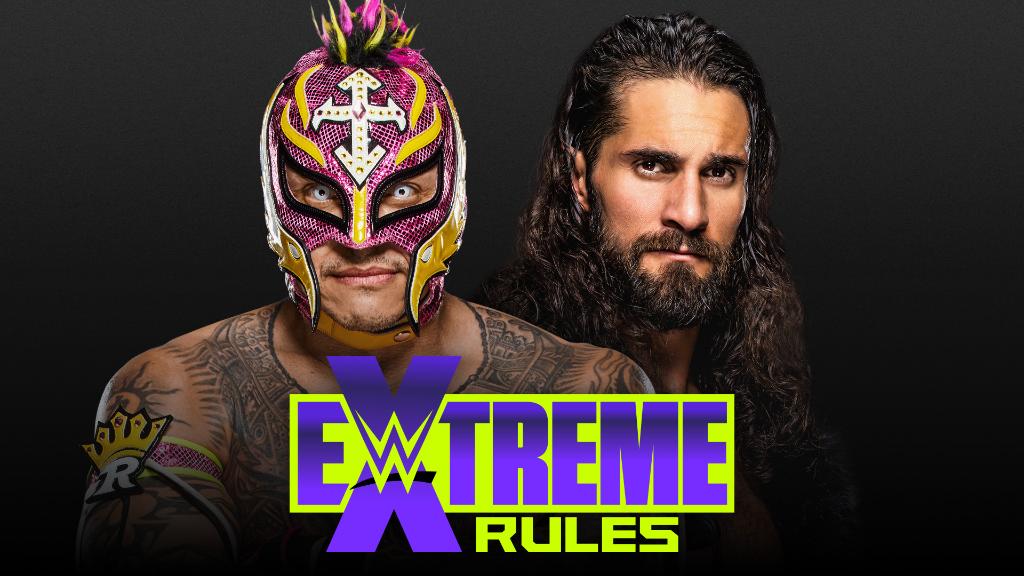 As noted, “The Horror Show at Extreme Rules” will see Rey Mysterio versus Seth Rollins in an “Eye for an Eye” match.

WWE has confirmed that you have to pull out the other person’s eyeball with your hand to score the victory.

The “Eye for an Eye” match and the “Wyatt Swamp Fight” between Bray Wyatt and Braun Strowman will be at least two taped cinematic matches at the upcoming pay-per-view, according to the latest edition of the Wrestling Observer Newsletter. The reported idea is that WWE will tape the “Eye for an Eye” match and then add some form of CGI effects to simulate an eye being pulled out at the conclusion of the bout.

We noted earlier this week how Mysterio has been working without a contract with WWE for some time now, and he continues appearing on television each week despite the fact that he could show up at a new wrestling promotion whenever he is ready. Rey has apparently been working on the same terms as his original 18 month contract that was previously active.

There have been negotiations for a new contract between both parties since the deal with Mysterio expired. We noted how Rey had asked for a raise but was denied it by Vince McMahon. The Observer is reporting that Rey didn’t accept the reasoning behind his raise being denied, because he’s aware of the high expectations top officials in the company have for profits this year with the lucrative television deals in place with FOX and USA. He also distinguished that he’s a big enough star that an exception should be made for him.

With the situation the way it is, Rey is legally allowed to negotiate with other companies to see what’s in store for his future if he doesn’t choose to continue with WWE. He had worked some dates with New Japan Pro Wrestling prior to returning to WWE, but missed some scheduled dates due to injury. He also worked the main event match of NJPW and ROH’s combined All In show in 2018, promoted by AEW’s Cody Rhodes and The Young Bucks.

If he does choose to go elsewhere, the original storyline that involved infections and possibly losing his eye is apparently a way to make it appear to WWE fans that if Rey shows up in another company, he’s not medically fit like he was back in WWE. It is believed that he will go wherever the money is best.

As for Rey’s son, Dominick, he was apparently forgotten about for months. However, when negotiations started surrounding Rey’s contract, Dominick was brought back into the storylines for this current angle against Seth Rollins. This inclusion of Dominick is one reason WWE is believed to be the the frontrunner in keeping Mysterio.

Mysterio reportedly signed an 18 month contract when WWE was pushing for three year minimums from their stars. He was scheduled to do the main event at All In at the same time he rejoined the company, and WWE actually pushed for him to cancel his appearance, although, Rey refused. This is a reason he also has a good standing relationship with AEW management.