As noted, Renee Young, WWE Producer Adam Pearce and Kayla Braxton have all revealed that they are currently battling the coronavirus. This is Kayla’s second bout with the virus after she first came down with it in March.

While Renee had her own testing done on Monday after getting sick over the weekend, PWInsider reports that the positives for Braxton and Pearce are a result of a new round of COVID-19 testing done by WWE on Monday. The company requested staff and personalities take the tests after a positive test was discovered. The new infections are not a result of the tests done last Tuesday at the WWE Performance Center, which were held after the developmental trainee recently tested positive.

There are more infections from within WWE this week, and it’s been reported that the positives are believed to be in the “two dozen range” but that has not been confirmed. The positives are said to be across the board with talent, production workers and other employees coming down with the virus.

As noted, another coronavirus-related issue facing WWE and AEW are the travel restrictions that were mentioned on Wednesday. The Governors of New York, New Jersey and Connecticut have announced that they are requiring all travelers coming from the state of Florida, via flights, to quarantine for 14 days upon arrival in those three states. WWE and AEW are both taping in Florida, in Orlando and Jacksonville, and this could put talent and staff from the Northeast at risk of having to quarantine for two weeks, which could impact future creative plans.

It was noted that technically, WWE Chairman Vince McMahon would be required to quarantine if he flew into New York, where WWE usually parks their private jet, from Florida.

Other states that fall under this travel edict are Alabama, Arkansas, Arizona, North Carolina, South Carolina, Utah and Texas. PWInsider noted that this could lead to WWE and AEW employees flying in and out of a neighboring state, such as Pennsylvania, but that remains to be seen.

Stay tuned for COVID-19 updates from WWE and AEW. 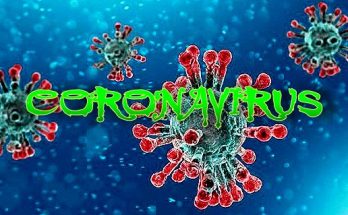 WWE Venues In Florida Being Investigated As Potential COVID-19 Hotspots

Florida Allowing Miami Dolphins To Have Games At Full Capacity, How It Affects WrestleMania