Sasha Banks will go against Io Shirai at this Wednesday’s NXT Great American Bash in a non-title match.

After both Bayley and Banks were attacked by Io Shirai two weeks ago on NXT, Shirai stated on social media, “This is my house. This is my NXT.”

Earlier today Banks put out a challenge to Shirai:

“Who do you think you are? Coming out and saying that this is your NXT,” Banks said. “Well, Io, ‘ding dong!’ There would be no NXT without Bayley and I. So what do you say at Great American Bash this Wednesday. Me and you. One-on-one. Cuz rent’s due boo-boo, and it’s time to collect.”

With Bayley set to be in Sasha’s corner, Shirai responded:

“Sasha. Bayley. You are more than welcome to come to my NXT again,” Shirai said. “Just be ready — for the same reasons as last time.”

As seen below, NXT General Manager William Regal made the match official:

“It seems the past and the present are in conflict once again and the #WWENXT Universe will have the pleasure of seeing it happen. It is OFFICIAL. This Wednesday, on night 1 of #NXTGAB, it’ll be #NXTWomensChampion @shirai_io vs. @SashaBanksWWE in a non-title match! #WeAreNXT”

It seems the past and the present are in conflict once again and the #WWENXT Universe will have the pleasure of seeing it happen. It is OFFICIAL. 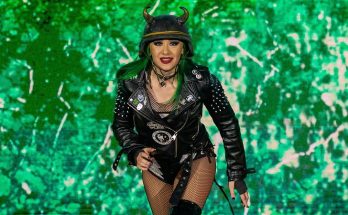