The Velveteen Dream vs. Adam Cole at Sunday’s “Takeover: In Your House” event will now be a Backlot Brawl.

The stipulation was announced during tonight’s go-home edition of NXT, which featured a Prime Target video preview for the bout. As noted, the “Takeover: In Your House” main event was filmed last Thursday on the backlot of Full Sail University. There’s no word yet on if this will be a cinematic-style match, but it has been speculated. WWE previously held a Hollywood Backlot Brawl back in 1996 at WrestleMania 12, which saw WWE Hall of Famer Roddy Piper defeat Goldust.

The match was filmed at the Full Sail University backlot last week with car headlights being used for lighting.

The rest of the “Takeover: In Your House” event will air live this Sunday from the NXT Arena at Full Sail Live on the Full Sail campus. We will have live coverage of the show beginning with the pre-show at 6:30pm ET.

Below is the current Takeover card:

Backlot Brawl for the NXT Title
The Velveteen Dream vs. Adam Cole (c)
If he loses, Dream can no longer challenge for the title if Cole is champion.

Will the legacy remain #Undisputed, or will there be a NEW 𝓅𝓊𝓇𝓅𝓁𝑒 reign?

This is going to be INTERESTING. #WWENXT #NXTTakeOver pic.twitter.com/AwkY9bmIrW 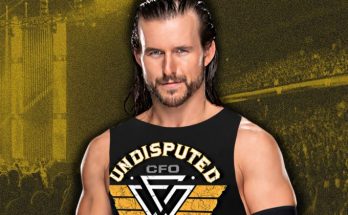