While speaking on WWE’s The Bump, Rhea Ripley says that it makes her physically ill to see Charlotte carry the NXT Championship that she knows is rightfully hers.

“It sickens me because I know that Championship is mine,” Ripley stated on WWE’s The Bump. “I shouldn’t have lost it at WrestleMania. It literally makes me feel sick that I lost to Charlotte Flair, especially after all the build-up. I beat her in the three-way and Sasha Banks at Survivor Series. I just couldn’t pull my weight at WrestleMania, and it makes me sick.”

Ripley believes that Charlotte shouldn’t be looking to defend her Championship on RAW or SmackDown. Instead, she should focus on who and what is in front of her, which is the NXT women’s roster.

“I feel like she should focus definitely on NXT because there are a lot of girls that are very, very hungry there,” Ripley mentioned. “She keeps saying that she’ll defend it across all three brands. I really do think that even though there are more eyes set on the NXT Women’s Championship now, I think she needs to watch her back because a lot of upcoming girls are very hungry, and they want their shot.”

Though she came out empty-handed, Ripley is quite proud of the match she had at WrestleMania 36. She came away with learning how to rebuild herself, as well as create a new strategy on how she’ll prepare for Charlotte if they were to face each other again in the future.

“To be completely honest, I’m proud of this match,” Ripley said proudly. “We did very well. There’s definitely a lot of lessons that I’m going to take away from it. I’m not going to speak of them though because they’re my little secrets, and I don’t want to give away anything. Let’s just say the next time Charlotte and I meet in a ring, it’s going to be a different outcome.”

“Yeah, dude! It’s absolutely insane,” Ripley exclaimed. “To think that I’m only 23-years-old and I’ve come this far, from Australia, which didn’t really have many eyes on it at the time, is just incredible. 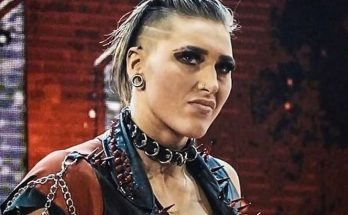 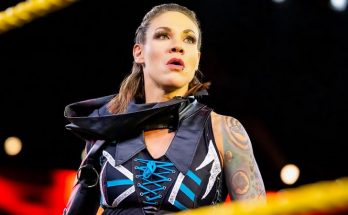 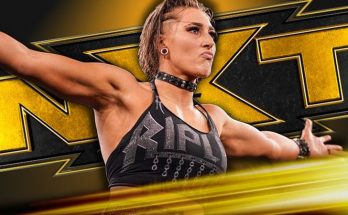